A new way to calculate the electrical properties of individual components of composite materials could open a path toward more energy-efficient medical refrigerators, air-conditioned car seats and more

WASHINGTON, D.C., October 28, 2014 – If you’ve ever gone for a spin in a luxury car and felt your back being warmed or cooled by a seat-based climate control system, then you’ve likely experienced the benefits of a class of materials called thermoelectrics. Thermoelectric materials convert heat into electricity, and vice versa, and they have many advantages over more traditional heating and cooling systems.

Recently, researchers have observed that the performance of some thermoelectric materials can be improved by combining different solid phases — more than one material intermixed like the clumps of fat and meat in a slice of salami. The observations offer the tantalizing prospect of significantly boosting thermoelectrics’ energy efficiency, but scientists still lack the tools to fully understand how the bulk properties arise out of combinations of solid phases. 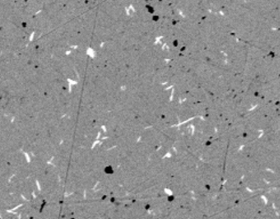 Now a research team based at the California Institute of Technology (Caltech) has developed a new way to analyze the electrical properties of thermoelectrics that have two or more solid phases. The new technique could help researchers better understand multi-phase thermoelectric properties – and offer pointers on how to design new materials to get the best properties.

The team describes their new technique in a paper published in the journal Applied Physics Letters, from AIP Publishing.

Because it’s sometimes difficult to separately manufacture the pure components that make up multi-phase materials, researchers can’t always measure the pure phase properties directly. The Caltech team overcame this challenge by developing a way to calculate the electrical properties of individual phases while only experimenting directly with the composite.

To separate the “chips” and “batter” without un-baking the cookie, Snyder and his colleagues turned to a decades old theory, called effective medium theory, and they gave it a new twist.

“Effective medium theory is pretty old,” said Tristan Day, a graduate student in Snyder’s Caltech laboratory and first author on the APL paper. The theory is traditionally used to predict the properties of a bulk composite based on the properties of the individual phases. “What’s new about what we did is we took a composite, and then backed-out the properties of each constituent phase,” said Day.

The key to making the reversal work lies in the different way that each part of a composite thermoelectric material responds to a magnetic field. By measuring certain electrical properties over a range of different magnetic field strengths, the researchers were able to tease apart the influence of the two different phases.

Temperature Control of the Future?

“The definite benefits of using thermoelectrics are that there are no moving parts in the cooling mechanism, and you don’t have to have the same temperature fluctuations typical of a compressor-based refrigerator that turns on every half hour, rattles a bit and then turns off,” said Snyder.

One of the drawbacks of the thermoelectric cooling systems, however, is their energy consumption.

If used in the same manner as a compressor-based cooling system, most commercial thermoelectrics would require approximately 3 times more energy to deliver the same cooling power. Theoretical analysis suggests the energy efficiency of thermoelectrics could be significantly improved if the right material combinations and structures were found, and this is one area where Synder and his colleagues’ new calculation methods may help. 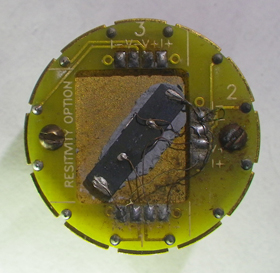 Many of the performance benefits of multi-phase thermoelectrics may come from quantum effects generated by micro- and nano-scale structures. The Caltech researchers’ calculations make classical assumptions, but Snyder notes that discrepancies between the calculations and observed properties could confirm nanoscale effects.

Snyder also points out that while thermoelectrics may be less energy efficient than compressors, their small size and versatility mean they could be used in smarter ways to cut energy consumption. For example, thermoelectric-based heaters or coolers could be placed in strategic areas around a car, such as the seat and steering wheel. The thermoelectric systems would create the feeling of warmth or coolness for the driver without consuming the energy to change the temperature of the entire cabin.

“I don’t know about you, but when I’m uncomfortable in a car it’s because I’m sitting on a hot seat and my backside is hot,” said Snyder. “In principle, 100 watts of cooling on a car seat could replace 1000 watts in the cabin.”

Ultimately, the team would like to use their new knowledge of thermoelectrics to custom design ‘smart’ materials with the right properties for any particular application.

“We have a lot of fun because we think of ourselves as material engineers with the periodic table and microstructures as our playgrounds,” Snyder said.

California Institute of Technology (Caltech) and the University of Southern California