The electrons produced by this process, known as secondary electrons, can themselves go on to wreak further havoc, causing even more dramatic changes. This week in The Journal of Chemical Physics, from AIP Publishing, a group of investigators reports studies of the impact of secondary electrons on a model of DNA.

The measurements were made in a condensed-phase environment. Compared to isolated electron-molecule experiments, the condensed-phase measurements are made under conditions closer to those found in living tissue. The results will be used to accurately calculate the damage and radiation dose delivered to patients in radiotherapy, when cancer cells are bombarded with ionizing radiation.

Secondary electrons are the most important species created by ionizing radiation in living tissue. These “low energy electrons,” or LEEs, interact with biological molecules, sometimes breaking them into fragments. One of the affected molecules is deoxyribonucleic acid, or DNA, the molecule that carries genetic code. The long, chainlike DNA molecule consists of a ladder of base pairs connected to each other through a deoxyribose phosphate group.

The precise way LEEs interact with portions of the DNA molecule, the bases themselves or the phosphate backbone, is still not precisely understood, although LEEs do have enough energy to initiate DNA strand breaks. This can affect cell function, leading to mutations and even cell death. In this week’s report, the investigators employed a model molecule known as dimethyl phosphate, or DMP, to study the interaction of LEEs with the phosphate backbone of DNA. 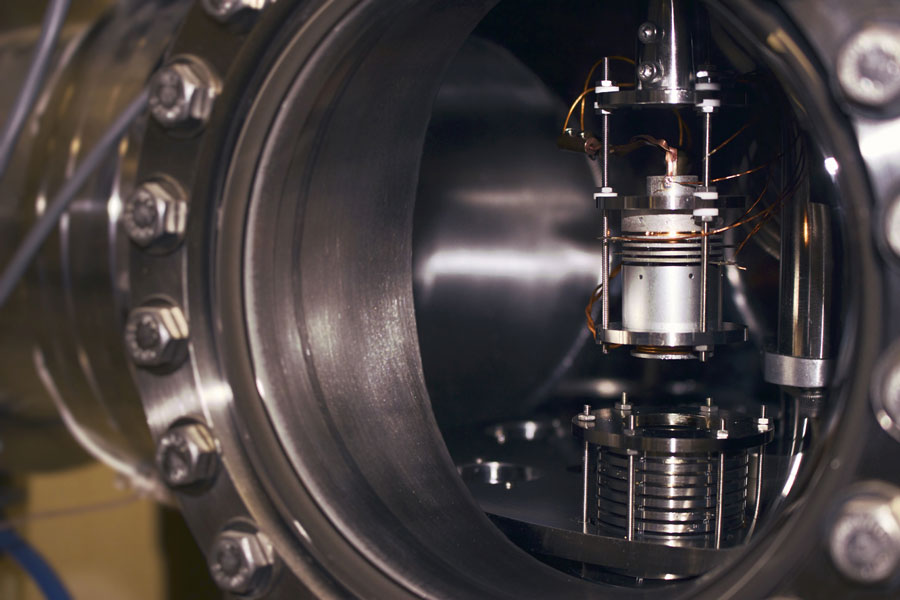 An important part of the TRT method involves computer simulations used to predict the interactions of LEEs with biological matter and the amount of radiation absorbed by the targeted biomolecules or cells. One of the key parameters in these simulation models are absolute cross sections, which give the probability of interaction between a single LEE and a target molecule. The work reported here represents the first direct measurement of absolute cross sections for the phosphate unit in DNA, values required to calculate strand breaks induced by LEEs.

The DNA present in a living system is surrounded by water and other types of molecules, so studying these processes in a more realistic environment is particularly desirable. In future work, the DNA will be embedded in water and molecular oxygen, known to sensitize cells to radiotherapy.