From the Journal: Journal of Physical and Chemical Reference Data

WASHINGTON, D.C., July 14, 2015 — An ongoing international effort to redefine the kilogram by 2018 has been helped by recent efforts from a team researchers from Italy, Japan and Germany to correlate two of the most precise measurements of Avogadro’s number and obtain one averaged value that can be used for future calculations. Their results are published this week in the Journal of Physical and Chemical Reference Data, from AIP Publishing.

Avogadro’s number is approximately 6.022×1023 — an almost unfathomably large quantity, greater than the number of grains of sand on earth or even the number of stars in the universe. But the number, which represents the number of discrete particles like atoms or molecules in a “mole” of a substance, is a useful way to wrangle these tiny particles into more meaningful quantities. A mole of water molecules, for instance, is only a few teaspoons of liquid. Because Avogadro’s number is linked to a number of other physical constants, its value can be used to express other units, such as the kilogram.

The team has calculated Avogadro’s number several times in the past. Each time, they obtained a value for Avogadro’s number by counting the number of atoms in a one kilogram sphere of highly pure Si-28. When silicon crystalizes, it forms cubic cells of eight atoms each. Thus, it is possible to calculate the number of atoms in such a sphere by examining the ratio between the total crystal volume and the volume occupied by each silicon atom, which can in turn be calculated by measuring the cubic cell.

Earlier this year, the group obtained a new value for Avogadro’s number with an uncertainty of less than 20 atoms per billion — down from a 30-atom uncertainty in their 2011 value. But because both numbers have some degree of uncertainty, albeit a tiny one, it is more accurate to correlate them and then average them into one more neutral value: 6.02214082(11)x1023. The number in parentheses represents the uncertainty of the last digit in the result.

From Avogadro’s number to the kilogram

Currently, the kilogram weight standard is a platinum-iridium cylinder about the size of a golf ball, housed in the International Bureau of Weights and Measures in Sevres, France. But in a day and age when science is a truly global endeavor, having just one physical standard against which all others must be calibrated is an impediment to progress. Plus, the standard itself is subject to subtle fluctuations in mass over time due to surface reactions.

That’s why the international metrology community is working to redefine the kilogram in terms of a constant of physics instead of a physical object. After years of discussion and research, the kilogram will be officially redefined in terms of Planck’s constant in 2018. 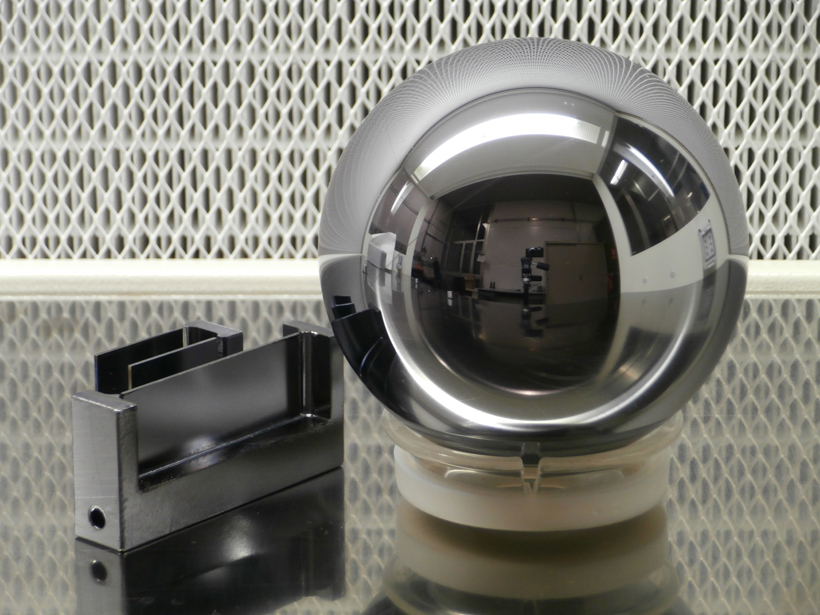 However, redefining one of the SI units is far more complicated than updating the dictionary. “Prior to redefining the kilogram, we must demonstrate that the new realization is indistinguishable from the present one, to within the accuracy of the world’s best balances,” said Giovanni Mana, one of the lead researchers on the new paper. “Otherwise, when changing from the present definition to the new one, all users in science, industry, and commerce must change the mass value of all the existing artefacts.” Such adjustments would be time-consuming and inconvenient, and would leave ample room for error.

Even though fixing Avogadro’s number will not be the official way to define the new mass standard, counting atoms remains an important check for the accuracy of the Planck’s constant-based definition, as well as a way to put the definition in practice. The two kilogram measurements, reached by different means, should closely agree with each other.

Ultimately, the redefinition of the kilogram will make precision measurement more readily available to a greater number of labs. “In metrology, it is important to ensure independence and democracy, to avoid the monopoly of a single nation or laboratory,” said Mana. Pinning down Avogadro’s number is one small step in this direction.

“The absense of technologies to redefine the kilogram is the biggest impediment to a redefinition of the whole system of measurement units, which is expected to deliver even more solid foundations and reliability to precision measurements and to set the stage for further innovations in technology and science,” said Mana.

Correlation of the NA measurements by counting 28Si atoms

Journal of Physical and Chemical Reference Data is published by AIP Publishing for the National Institute of Standards and Technology (NIST). The objective of the journal is to provide critically evaluated physical and chemical property data, fully documented as to the original sources and the criteria used for evaluation, preferably with uncertainty analysis.