Researchers propose a new way to improve the beam quality in laser wakefield accelerators, which are small and inexpensive enough to bring high energy physics experiments to a wide variety of universities and labs.

WASHINGTON, D.C., March 22, 2016 – The Large Hadron Collider (LHC), which helped scientists discover the Higgs boson, is a huge instrument buried under the Swiss-French border. It needs 27 kilometers of track to accelerate particles close to the speed of light before smashing them together. Yet there’s another type of particle accelerator, called a laser wakefield accelerator, that requires only a fraction of the distance of conventional accelerators like the LHC.

The researchers describe their method in a paper in the Journal of Applied Physics, from AIP Publishing.

The laser in the laser wakefield accelerator sends a pulse through a diffuse plasma. Plasma is a state of matter that contains positive ions and free electrons. The laser pulse excites waves in the plasma. The waves, in turn, create an electric field, also known as a laser wakefield, that traps electrons and accelerates them to energy levels up to the order of gigaelectronvolts. In comparison, the LHC, the world’s most powerful particle accelerator, can accelerate particles to energy levels of teraelectronvolts (1000 gigaelectronvolts).

The Indian and South Korean research team identified a technique they think could increase the number of electrons trapped in the wake of the laser pulse, and therefore improve the beam quality of laser wakefield accelerators.

The finding could improve technology for future accelerators, said Devki Nandan Gupta, a physicist at the University of Delhi in India and a member of the team.

Gupta and his colleagues analysed laser-plasma dynamics using 2D computer simulations and found that if the plasma density varies and if the laser pulse compresses at the front so that it is asymmetric, both factors produce a larger magnetic field. 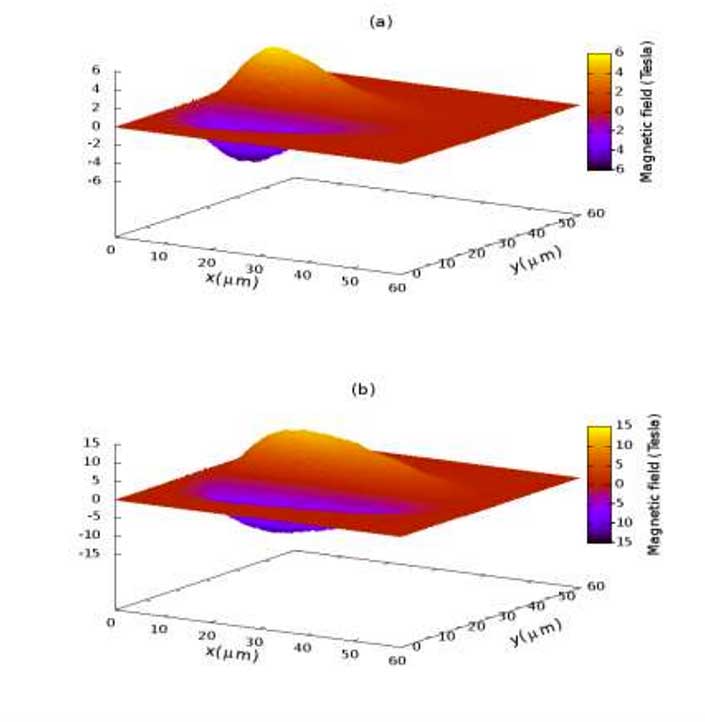 “Our study might be helpful in improving the beam quality of the laser wakefield accelerators,” Gupta said. “The self-generated magnetic field bends the trajectory of the outgoing electrons towards the plasma wake, consequently the total number of trapped charge particles in the plasma wake increases and hence the total charge in the accelerated bunch in the laser wakefield acceleration increases.”

Plasma-based accelerators require approximately 1000 times less distance than standard particle accelerators to achieve a comparable particle energy level. However, the technology is still in the developmental stage. Experimental plasma accelerators have been built in some national labs and universities and the technology continues to improve.

Gupta and his colleagues hope their work could facilitate the next generation of plasma accelerators. “The next step would be to justify these results in three-dimensional geometry. Of course, we may think to test these results experimentally in future as well,” he said.