A group of U.K. researchers has discovered a new type of optical activity by breaking the symmetry of metamaterials with reflected light.

Washington, D.C., April 5, 2016 — Optical activity—rotation of the polarization of light—is well known to occur within materials that differ from their mirror image. But what happens if this symmetry is broken by the direction of illumination rather than the material itself?

Curiosity about this question has led to the discovery of a new type of optical activity. As a group of University of Southampton researchers report in Applied Physics Letters, from AIP Publishing, breaking the symmetry of metamaterials with reflected light will enable novel applications because it causes optical activity of unprecedented magnitude—far exceeding previously known specular or “mirror-like” optical activity.

At the heart of the group’s work are metamaterials—materials constructed with unique shapes and symmetries that generate properties which don’t occur in their natural counterparts.

“Natural materials derive their properties from the atoms, ions, or molecules they consist of. Similarly, the basic concept behind metamaterials is to assemble artificial materials from ‘metamolecules,’ which are manmade elementary building blocks,” explained Eric Plum, a research lecturer at the University of Southampton’s Optoelectronics Research Centre and Centre for Photonic Metamaterials.

“This provides a huge technological opportunity,” Plum pointed out. “Instead of being limited by available natural materials, we can design materials with the properties we want. This has already led to the demonstration of various enhanced and novel material properties and functionalities.”

The group is interested in the twisted, or “chiral,” structures found within many natural and artificial materials because they come with the ability to rotate the polarization state of transmitted light—a property known as optical activity. This property is the basis for applications ranging from LCD displays to spectroscopy, and even detection of life during space missions.

While the optical activity for light reflected by natural materials is negligible, the researchers found that the same isn’t at all true for metamaterials.

“Our metamaterial exhibits huge optical activity for reflected electromagnetic waves,” Plum said. “This is particularly remarkable considering that our artificial structure is extremely thin—30 times thinner than the wavelength of the electromagnetic radiation it manipulates.”

Perhaps just as surprising, the optically active material involved isn’t actually chiral. “Instead, optical activity arises from a chiral experimental arrangement associated with the mutual orientation of the direction of the illumination and the structure of the metamaterial, which lacks two-fold rotational symmetry,” he elaborated. 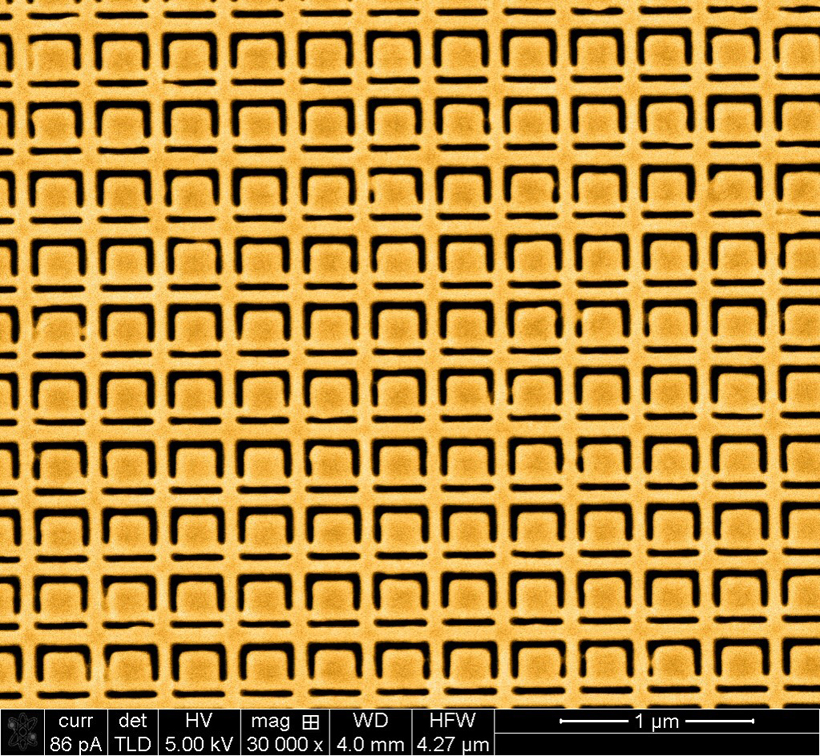 In terms of more fundamental implications, the group’s observed effect mimics the longitudinal magneto-optical Kerr effect—in which the light reflected from a magnetized surface can change in both reflected intensity and polarity – without a magnetized medium.

“This has significant implications for Kerr microscopy, because it could be mistaken for magnetization,” he added.

“It would also be interesting to study the effect in natural materials and to explore the consequences of similar types of ‘symmetry breaking’ of other physical systems,” Plum said.

Eric Plum, Vassili A. Fedotov and Nikolay I. Zheludev