WASHINGTON, D.C., August 11, 2015 – Researchers in France have discovered a new way to levitate liquid droplets, which surprisingly also creates a mini light show, with the droplet sparking as it floats above a faint blue glowing gap.

Described this week in the journal Applied Physics Letters, from AIP Publishing, the work may offer an inexpensive new way to generate a freely movable microplasma, as well as yield insights into fundamental physics questions.

The floating effect is similar to Leidenfrost levitation — in which droplets dance on a hot vapor cushion. But by creating the vapor with a strong jolt of electricity instead of heat, the researchers found they could ionize the gas into a plasma that glowed a soft blue light.

“This method is probably an easy and original way to make a plasma,” said Cedric Poulain, a physicist at the French Alternative Energies and Atomic Energy Commission. Poulain speculates that the deformability of a liquid drop would let the researchers rig up a device to move the plasma along a surface, but he admits that such applications were far from his and his colleagues’ minds when they first conceived the experiment.

At first, the researchers wanted to explore the limits of the analogy between the boiling phenomenon and water electrolysis, which is the breakup of water into hydrogen and oxygen gases by an electric current. 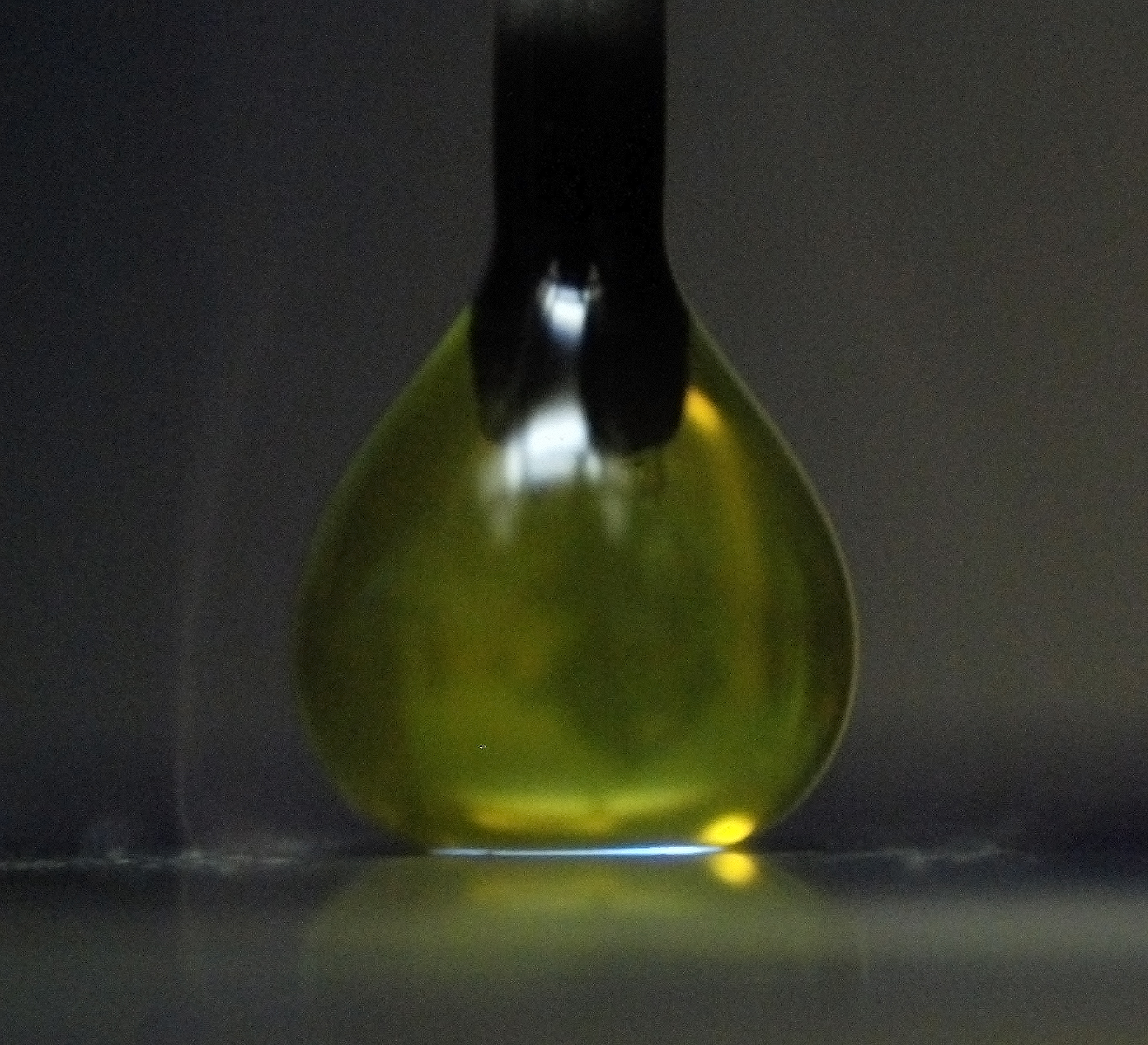 As an example of boiling behavior, Poulain described the case of a liquid droplet at the surface of a hot pan. If the pan temperature is just above 100 degrees Celsius, the drop spreads and water vapor bubbles grow at the pan surface. However, if the pan is very hot (more than 280 degrees Celsius), a cushion of vapor is formed between the drop and the pan, levitating the drop and preventing contact between the liquid water and the pan, a phenomenon called the Leidenfrost effect. “This is a classical ‘grandmother’ trick to test the temperature of a pan,” Poulain said.

The team wondered if a similar transition exists in the case of water electrolysis. The analogy interested the authors, because they study an event called “boiling crisis” in nuclear power plant steam generators. If the core of a nuclear reactor gets too hot, bubbles in the cooling water can suddenly coalesce to form a vapor film that limits further heat transfer and leads to a dangerous increase in temperature.

A Cushion of Vapor from a Jolt of Electricity

In their lab, Poulain and his colleagues devised a set-up to run electricity through conductive droplets and film the droplets’ behavior at high speed. They suspended a small drop of weak hydrochloric acid, which conducts electricity, above a metal plate and applied a voltage across the drop. When the drop touched the plate, electricity began to flow, and the water in the hydrochloric acid solution started to break down into hydrogen and oxygen gas.

Above 50 volts, the bottom of the droplet started sparking. It levitated, rising over the surface of the plate, and a faint blue glow emanated from the gap.

At first the researchers believed that the drop might be resting on a cushion of hydrogen gas from the breakup of water, but further analysis revealed that the gaseous cushion was in fact mostly water vaporized by energy from the electric current.

The blue light emission was unexpected and probably the most exciting feature of the experiment, the team said. Although fifty volts is a relatively low voltage, Poulain explained that the tiny gap between the droplet and the metal plate is what gives rise to the very high electric field necessary to generate a long-term and dense plasma with little energy.

The researchers next plan to analyze the composition of the plasma layer. They say it appears to be a superposition of two types of plasma that is not well understood. They will also study the fast dynamics at the bottom of the drop just as the sparks begin to fly, which should yield additional insights into the plasma.

Although plasma dynamics may seem far removed from the problem of film boiling in nuclear reactors, Poulain is happy about the path the curiosity-driven research has taken the team.

“It’s very exciting,” he said of the team’s foray into plasma levitation.

The plasma levitation of droplets