WASHINGTON, D.C., June 6, 2017 — The solubility of any given substance — the measure of how well the substance dissolves into another substance referred to as the solvent — depends on basic properties like temperature and pressure, as well as the chemical identities of the dissolved substance (the solute) and the solvent.

Predicting solubility is important to a variety of applications. In the pharmaceutical field, for example, it is crucial to know the solubility of a drug since it directly determines its availability to the body. The petroleum industry provides another example: Substances with low solubility can form scales or unwanted deposits in pipes or on drills, causing blockages and other big problems.

Despite the importance of predicting solubility, it is not an easy matter. One approach, using “brute force” simulations, requires long computing times. Other techniques, while faster, fail to predict accurate solubility values. This week in The Journal of Chemical Physics, from AIP Publishing, researchers report a new type of software that enables convenient solubility estimations of essentially any molecular substance over wide temperature and pressure ranges. The code makes use of readily available open-source software and is expected to be widely adopted.

Daan Frenkel of the University of Cambridge in the U.K. worked with colleagues Lunna Li, also in Cambridge, and Tim Totton, of British Petroleum, to develop the code.

“We made a conscious choice to use well-documented, freely available software because we wanted to make our approach available to anyone,” Frenkel said. “A general-purpose tool to compute solubilities has been lacking for a long time. The underlying methodology was there, but nobody had actually created a working program.” 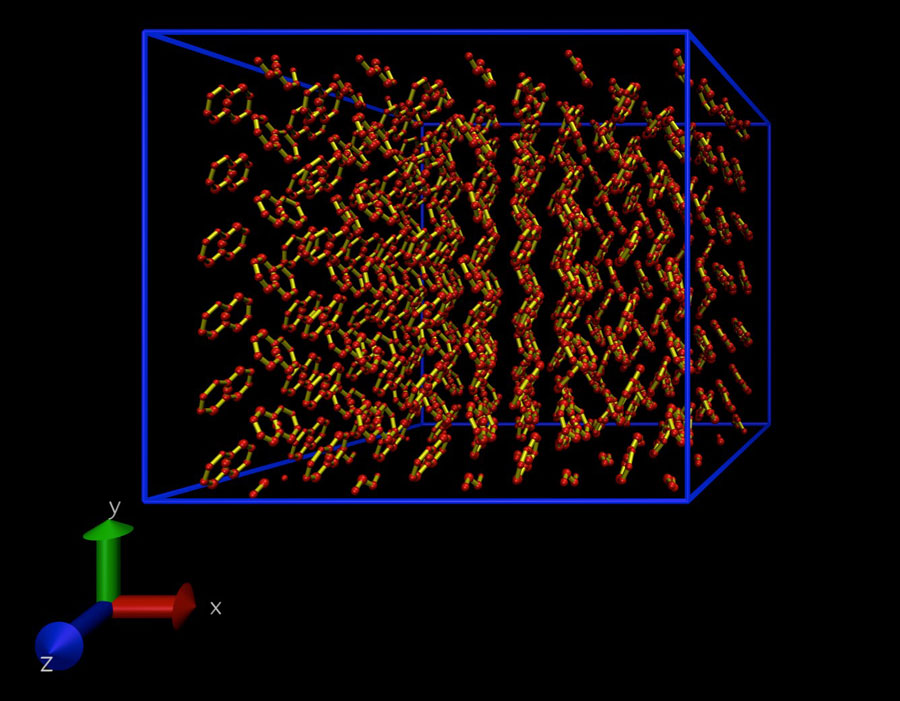 The software developed by this group uses standard thermodynamic expressions that have been known since the mid-19th century, such as vapor pressure. The approach exploits the fact that when a solid or liquid phase are in equilibrium, their vapor pressures are equal. When a liquid or solid are heated, molecules escape and form vapor. This vapor pressure can be calculated using computer models.

For example, a lump of sugar dissolving in water: Sugar molecules exist either in a solid state — the crystalline sugar lump — or completely surrounded by water molecules once they’ve dissolved. The amount of sugar in each of the two phases, solid and solution, is determined by the energy required to move sugar molecules between those phases. The solubility can be calculated by computing the vapor pressure of the two phases and equating them.

To model the solid phase, the investigators used a model referred to as an Einstein crystal. In this model, non-interacting solute molecules are placed on a lattice and tethered to a lattice point with a mathematical spring. The vapor pressure of the crystal is computed by calculating the work needed to switch off the springs and switch on interactions between the tethered molecules.

To model a dissolved solute molecule, the investigators used a standard energy potential for the solvent in question, which was water in the examples used to test their software, and calculated the work in three steps. First, a cavity in the solvent is created. A solute molecule is then inserted into the cavity and, finally, the cavity is shrunk to the size of the solute molecule. This procedure eliminates a number of errors and produces accurate estimates of the vapor pressure and, thus, the solubility.

In this week’s report, the investigators tested their code on naphthalene dissolved in water and predicted a solubility that compares well with experimental values. Future investigations will focus on extending the software so that it can handle larger solute molecules. 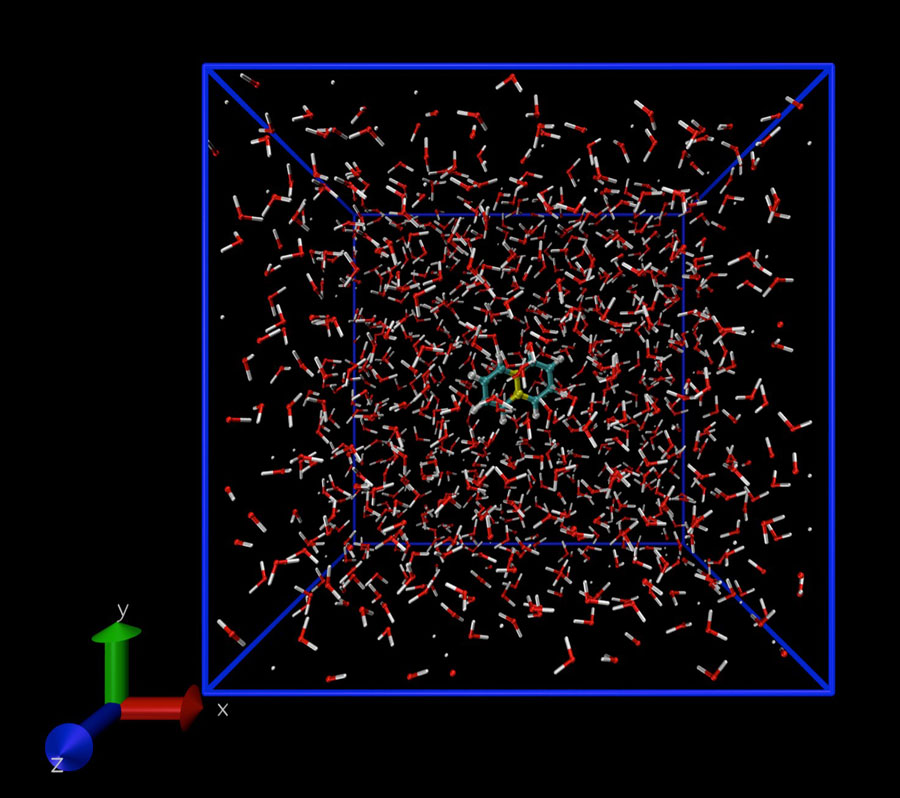