WASHINGTON, D.C., May 15, 2015 — Friction, the force that slows down objects as they slide across a surface, can save lives when car brakes are slammed. Yet despite its obvious importance, no one knows for sure how friction works at the level of atoms and molecules. 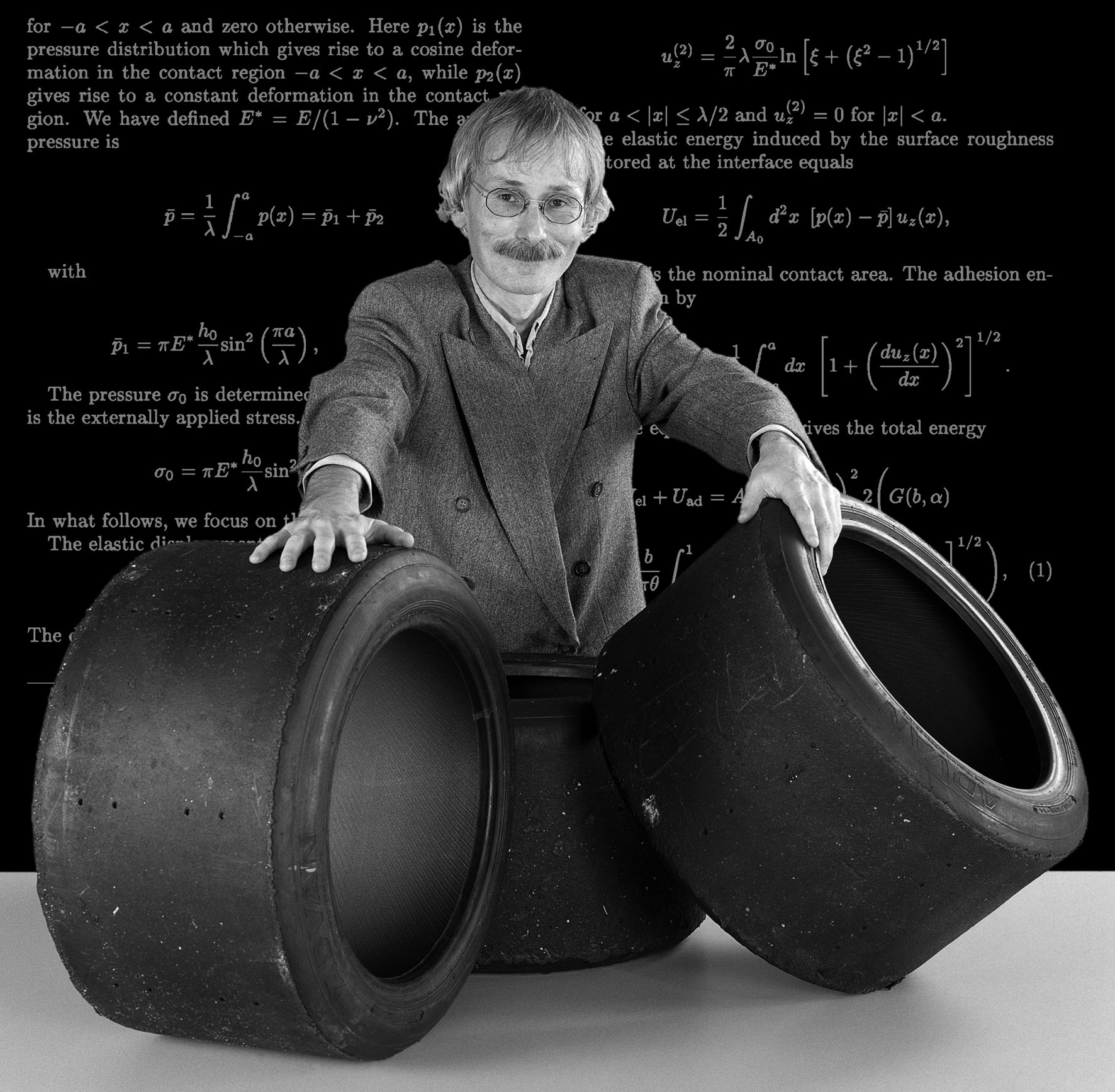 For more than 20 years, Bo Persson, a scientist at the Jülich Research Center in Germany, has studied what he calls the fascinating, but neglected phenomena of friction. Persson and his colleagues have now uncovered new velocity and temperature-dependent properties of rubber friction on asphalt — bolstering the idea that an important component of friction originates when chains of rubber molecules repeatedly stick to the road, stretch, and then release. The team reports their findings in the Journal of Chemical Physics, from AIP Publishing.

“Rubber friction is an extremely interesting topic and of extreme practical importance, for tires and very many other applications,” Persson said. For example, a better understanding of friction could help tire companies select seasonal rubber materials and treads more efficiently.

“Currently tire companies must manufacture entire tires and test each one,” Persson said. Using a model to reliably predict the materials’ behavior ahead of time could save lots of time and money, he said.

One of the main causes of rubber friction at the atomic scale, scientists believe, is the deformation of the rubber when it is pushed against the rough points of the road. As a tire gets squished against hard grains of asphalt, waves of internal motion jostle the rubber molecules, dissipating energy as they go. The amount of lost energy is related to the texture of the road, which is why rough roads generally cause more slowing friction than smooth surfaces. This energy loss is also related to the rubber, specifically a property of the rubber called its viscoelasticity, which describes how the material deforms when pushed.

Viscoelasticity is usually the only property that industry uses to estimate rubber friction, but the correlation to real-world performance is unsatisfactory, Persson said. That’s because there is another complicated contribution to friction that comes from the rubber being dragged in parallel to the road surface. The dragging movement, called shearing, can create many different origins for friction, including rubber molecules binding with the road surface, cracks and oth

er forms of wear propagating in the rubber, hard filler products in the rubber scratching the road surface, and fluids (such as oil) and contaminate particles (such as dirt and dust) filling the gap and forming a barrier between the rubber and the road.

An important part of the theory includes a way to calculate the area of contact between the rubber blocks and the surface. Although to the human eye it looks like a sheet of rubber can make full contact with a flat section of road, zooming in to the microscopic and nanoscopic scale reveals rough peaks and valleys that separate the two materials. The real area of contact is actually quite small — on the order of one square centimeter for an entire set of car tires, Persson noted.

Early in 2015, Persson and a colleague tested the theory’s predictions for the area of real contact, as well as for the viscoelastric friction coefficient and found they agreed well with exact numerical simulations.

But would the shearing part of the theory hold up when the rubber, quite literally, met the road?

An Old Experiment to Test a New Theory

Persson’s team turned to a basic set-up originally devised by the fifteenth-century Renaissance artist Leonardo da Vinci to measure the friction for three different types of rubber compounds as they were dragged across three different surfaces (two asphalt surfaces, and one sandpaper surface) at varying background temperatures. 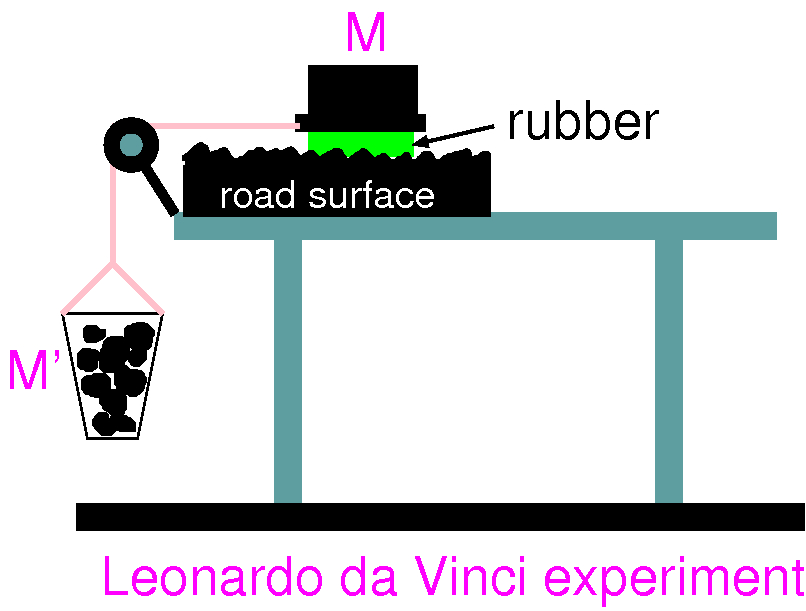 The researchers tested only slow sliding speeds of under approximately 1 mm/s to avoid frictional heating, which would affect the viscoelastic properties of the rubber.

“Rubber friction is a complex topic and any theory for rubber friction should first be tested for the most simple situation,” the authors write in their paper.

The team found that the frictional shear-stress law incorporated into Persson’s theory fit the experimental data well. They found that the shearing contribution to rubber friction shifts with temperature and velocity in a different way than the viscoelastic contribution to friction — an important result as it reveals where relying on only viscoelastric friction coefficients could go wrong.

The shearing component of friction could be due to rubber molecules attaching to the road, stretching, breaking free, and then reattaching. The data Persson and his colleagues collected provides solid evidence to support this model of adhesive friction because the temperature and velocity-dependent properties fit with the theory — decreasing more quickly at lower temperatures (when the bonds are slower to form) and higher velocities (when the rubber moves too quickly to give the molecules a chance to stick).

Persson noted that the initial results are limited to clean, dry surfaces. For wet road surfaces at the typical slip velocities involved in braking, an incredibly thin water film will separate most of the tires’ rubber from the road, preventing the rubber molecules from binding to the asphalt. In such cases, the adhesive contribution to rubber friction may be negligible, and the viscoelastic contribution alone gives a good approximation of the friction force, he said.