They are not to eat, but this insect-inspired ordered monolayer of hollow carbon spheres may be a new, green and extremely lightweight antireflective coating that almost perfectly absorbs microwave radiation

Washington, D.C., Jan.5, 2015 –Antireflective coatings are used to cut surface glare in everything from eyeglasses and camera lenses to solar cells, TV screens and LED devices. Now researchers from Research Institute for Nuclear Problems of Belarusian State University in Belarus and Institut Jean Lamour-Université de Lorraine in France have developed a novel, low-cost, ultra-lightweight material that could be used as an effective anti-reflective surface for microwave radiation based on the eyes of moths. 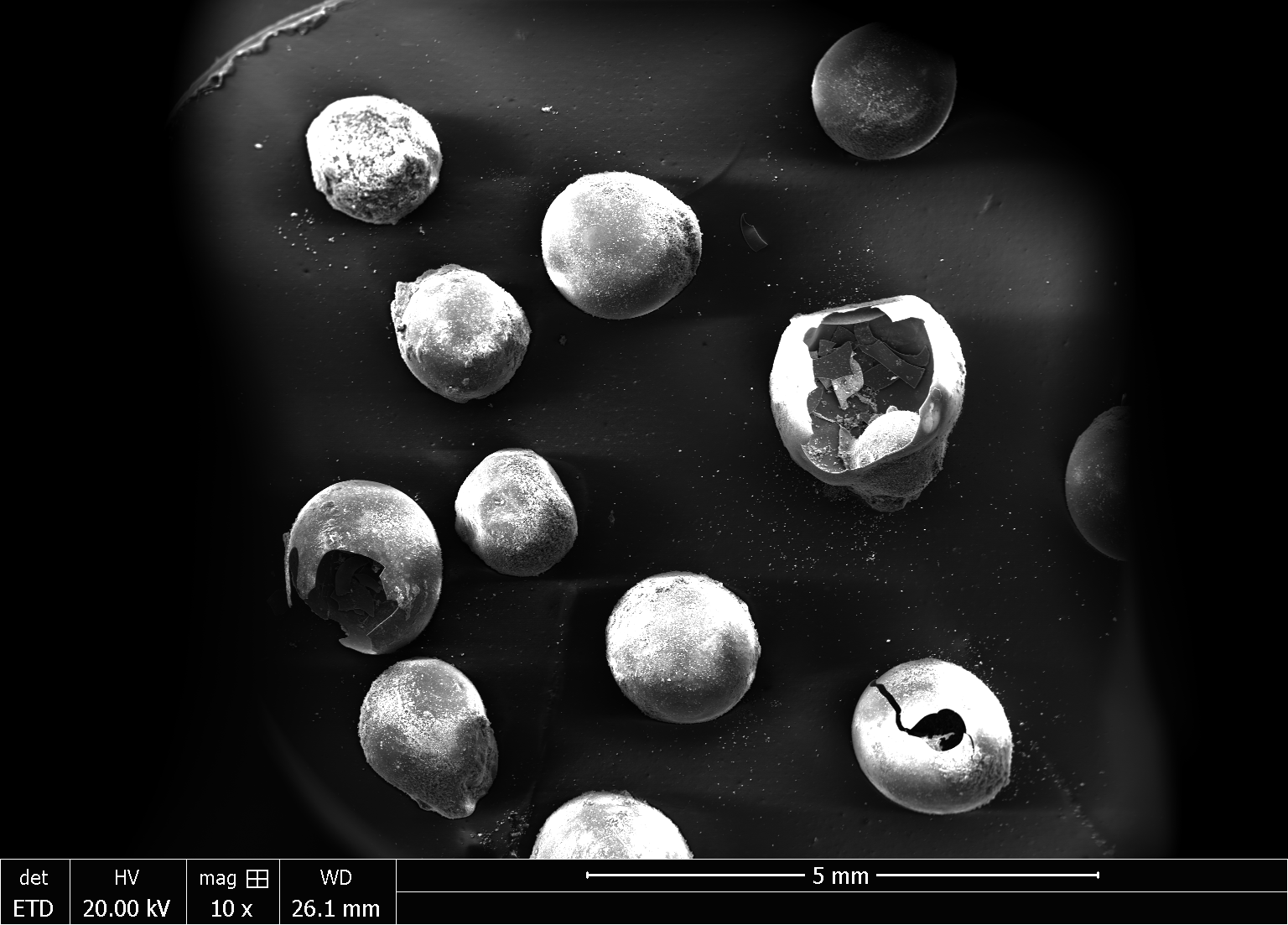 The eyes of moths are covered with a periodic, hexagonal pattern of tiny bumps smaller than the wavelength of the incident light. They act as a continuous refractive index gradient, allowing the moths to see at night and avoid nocturnal predators, like the bat. The physiology also makes the moth eye one of the most effective antireflective coatings in nature. It has already successfully been mimicked by scientists for developing high-performance antireflective coatings for visible lights — albeit coatings that are often expensive to fabricate and difficult to customize.

The new material cuts down reflections from microwaves rather than from visible light — invisible energy from a different part of the energy spectrum. Blocking microwave reflection is an important application for precise microwave measurements, and the coating may be used as a radar absorbing material in stealth technology, a technique that makes an airplane invisible to radar, or police traffic radar that uses microwaves to measure car speed.

Described this week in the journal Applied Physics Letters from AIP Publishing, the new technology is based on a monolayer of hollow carbon spheres packed in two dimensions and has been demonstrated to be able to achieve almost perfect microwave absorption, i.e. near 100 percent absorption of microwaves in the Ka-band (26-37 gigahertz) frequency range, the first antireflective material to achieve this.

“Based on the experimental and modeling results, we found that using hollow carbon spheres with larger spherical diameters and optimal shell thickness it is possible to achieve almost perfect microwave absorption,” said Dzmitry Bychanok, the primary author and a researcher at the Research Institute for Nuclear Problems of Belarusian State University in Belarus. The novel coating material they produced can be completely derived from biological resources, he added, which may make it greener, lower-cost, easier to fabricate and ultra-lightweight compared to conventional antireflective coatings.

How they Made the Material

Hollow carbon spheres with uniform diameter can be used for producing ordered periodic structures. To mimick the structure of moth eyes, the researchers compactly packed hollow carbon spheres in two dimensions to form a hexagonal-patterned monolayer, which is a strong, electrically conductive coating material as well.

“You can picture the geometry of the hollow sphere monolayer as that of Christmas cake decoration balls compactly filled in a Petri dish — filling a flat surface with identical balls will lead to a spontaneous hexagonal self-ordering,” Bychanok explained. “The spatial distribution of the hollow sphere monolayer is ideally hexagonal, but in practice it is more in-between cubic and hexagonal. The thickness of the monolayer is in the range of one to two millimeters.”

In the experiment, carbon hollow spheres were fabricated by a template method based on fish eggs or sugar-based polymer beads with certain diameters. Specifically, the researchers coated the bio-based template spheres with sugar, then “pyrolysed” them — a chemical modification based on thermally decomposing the resultant spheres in inert atmosphere. During such heating, the sugar coating was converted into char at the surface of the spheres, while the inner template sphere was largely destroyed and decomposed into gas, leaving a hollow carbon sphere. 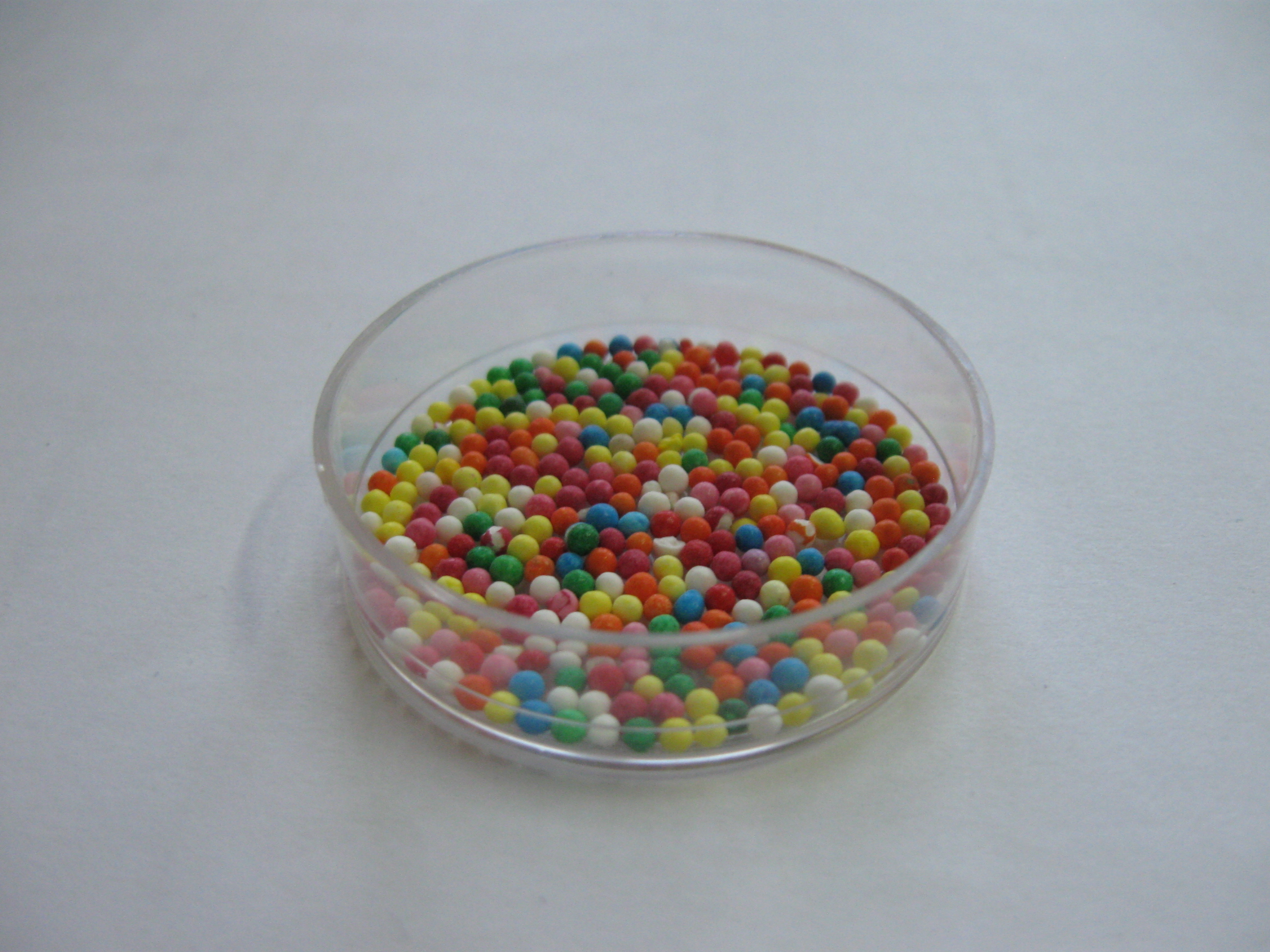 Using theoretical modeling based on long-wave approximation and experimental measurements, the team studied the electromagnetic properties of monolayers based on different-parameter hollow spheres in Ka-band (microwave) frequency. The result showed that, for electromagnetic applications requiring high absorption, the most preferable hollow spheres are those with larger radii or diameters. Additionally, each value of hollow sphere radius has an optimum shell thickness to achieve the highest absorption coefficient.

“Our study showed that the monolayer formed by spheres with a radius of six millimeters and a shell thickness of about five micrometers enables the highest microwave absorption coefficient, which is more than 95 percent at 30 gigahertz,” said Bychanok.