Unifying physics with economics via the Constructal Law, the most recent fundamental law of physics, reveals that wealth distribution is closely tied to the evolutionary movement of all “streams” of society.

WASHINGTON, D.C., March 28, 2017 — The 2016 election year highlighted the growing problem of wealth inequality and finding ways to help the people who are falling behind. This human urge of compassion isn’t new, but the big question that remains to be addressed is why inequality is so difficult to erase.

This inspired Adrian Bejan, the J.A. Jones Distinguished Professor of Mechanical Engineering at Duke University, who in 1996 discovered the Constructal Law, to provide an answer.

Bejan’s Constructal Law addresses the fundamental principle of physics that underlies the evolution of flow systems as they change in design over time to increase flow access. It reveals that “branching tree-shaped” flow patterns govern the structure of the entire universe — most clearly evident within rivers, neural networks, lightning bolts, electrical circuitry and trees.

“The Constructal Law extends the power of physics over all of the phenomena of evolutionary design and organization, from geophysics to biology, technology, and social organization,” Bejan said.

Now, with a new paper in the Journal of Applied Physics, from AIP Publishing, Bejan and Marcelo Errera, a professor of environmental engineering at the Federal University of Paraná in Brazil, make another fundamental contribution to physics. “It’s a tribute to the power of physics,” Bejan said. “Economics and social organization are physics.”

They demonstrate this via two architectures: river basins and the movement of freight. Bejan explains that the “emerging physical flow architecture is hierarchical on Earth’s surface and found in everything that flows inside human bodies, the movement of humans and their belongings, and the engines that drive the movement.” 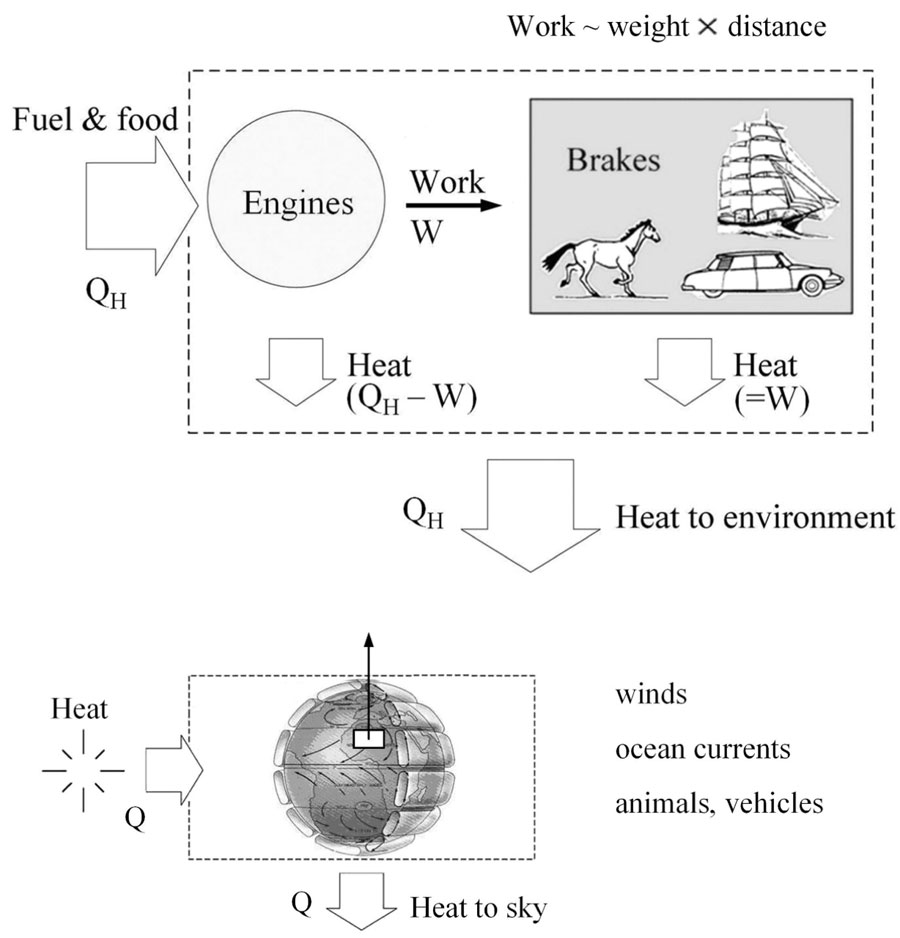 So why has wealth inequality been notoriously difficult to erase?

“From physics, it’s actually easy,” Bejan said. “You may have noticed that annual wealth, a.k.a. gross domestic product (GDP), is essentially proportional to the useful energy or ‘work and movement’ generated by a group or territory, so you can think of wealth as movement. Also recognize movement (wealth) as inequality that is hierarchical.”

This finding is “pivotal for physics, because it shows that the economics concept of wealth has a physical basis, which is measurable as work, fuel consumed, or movement effected by fuel, food, and work,” he elaborated. “This unites economics and physics. The equivalence between wealth and movement is correct in the broadest sense: outliers exist and undoubtedly the equivalence is evolutionary because wealth and fuel use are increasing over time.”

Inequality is a negative term, and perhaps isn’t the best word to describe the distribution of wealth.

“Nonuniform distribution of flow or movement is the correct physics term, which happens to be synonymous with the nonuniform distribution of wealth among the population,” Bejan said. “But the nonuniformity of flow is really a descriptor of the hierarchical character of the tree flow architecture — which is natural and occurs on its own every day.”

One of the central concepts involved in Bejan and Errera’s work is hierarchy, which occur when many small items and a few large ones flow together versus flowing in competition with each other. “They flow in harmony, with the many small sustaining the few large, and the large facilitating the movement of the small,” Bejan said.

Picture a river basin with its many small tributaries flowing together to a few large rivers — the Mississippi, Missouri and Ohio. “They flow together because this oneness of architecture, the whole of it, is what carries rainwater from the plains to the mouths of the big rivers,” Bejan said.

Before becoming an engineer, Bejan was a basketball star in Romania, and from the “live flow system” of the basketball court he learned that “the ball flows through non-rigid channels that are hierarchical and constantly morphing,” he said.

[Through the Wormhole with Morgan Freeman: Did God Create Evolution? Constructal Theory]

Every flow architecture on Earth follows the same order, which is a natural tendency to want to flow more easily. “Social organization is more complicated, but it’s all physics,”Bejan said. 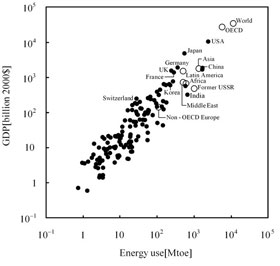 As wealth in the world becomes increasingly unbalanced, Bejan’s hope is that his work proposes the possibility of empowering people more uniformly to reduce the glaring disparity of wealth often on display within cities or rural areas.

“It puts the onus on citizens, schools, businesses, and government to speed the process of creating designs to better serve society — more effectively and with much greater confidence,” Bejan said.

“While explaining why wealth inequality is difficult to get rid of, I discovered the next question: how can we make the distribution of wealth less unequal? It’s a complex design that involves the evolution of the rule of law. In other words: government and other organizations stepping in, which historically has happened,” Bejan said.

The physics basis of inequality in wealth and movement