WASHINGTON, D.C., June 30, 2015 — The dream of a cleaner, greener transportation future burns brightly in the promise of hydrogen-fueled, internal combustion engine automobiles. Modern-day versions of such vehicles run hot, finish clean and produce only pure water as a combustion byproduct.

But whether those vehicles ever cross over from the niche marketplace to become the mainstay of every garage may depend on how well we can address lingering technical and infrastructure hurdles that stand in the way of their widespread use. One of these is the fuel tank — how do you engineer them so that they can be more like gasoline tanks, which are relatively safe, easy to fill, carry you hundreds of miles and can be refueled again and again with no loss of performance?

This week in the journal Applied Physics Letters, from AIP Publishing, a team of researchers in the United States and China has taken a step toward that solution. They describe the physics of magnesium hydride, one type of material that potentially could be used to store hydrogen fuel in future automobiles and other applications. Using a technique known as in situ transmission electron microscopy, the team tested different sized nanoparticles of magnesium hydride to gauge their mechanical properties and discovered lessons on how one might engineer the nanoparticles to make them better.

“Smaller particles have better mechanical properties, including better plastic stability,” said Qian Yu, the lead author on the paper. “Our work explained why.”

Yu is affiliated with Zhejiang University in Hangzhou, China; the University of California, Berkeley and Lawrence Berkeley National Laboratory.

Other collaborators on the work are affiliated with the University of Michigan in Ann Arbor; General Motors Research and Development Center in Warren, Michigan; and Shanghai Jiaotong University in Shanghai, China.

The Problem of Storing Hydrogen with Magnesium

Hydrogen storage for automobile engines is still something of an application in search of its technology. We know that the next generation of hydrogen fuel tanks will need to offer greater storage capacities and better gas exchange kinetics than existing models, but we don’t know exactly what it will take to deliver that.

One possibility is to use a material like magnesium hydride, long seen as a promising medium for storage. Magnesium readily binds hydrogen, and so the idea is that you could take a tank filled with magnesium, pump in hydrogen and then pump it out as needed to run the engine.

But this approach is hampered by slow kinetics of adsorption and desorption — the speed with which molecular hydrogen binds to and is released from the magnesium. This is ultimately tied to the how the material binds to hydrogen at the molecular level, and so in recent years researchers have sought to better engineer magnesium to achieve better kinetics.

Previous work had already shown that smaller magnesium nanoparticles have better hydrogen storage properties, but nobody understood why. Some thought it was primarily the greater overall magnesium surface area within the tank realized by milling smaller particles. But Yu and colleagues showed that it is also highly related to how the particles respond to deformation during cycles of fueling and emptying the tank.

Fuel cycles in a hydrogen tank introduce tremendous internal changes in pressure, which can deform the particles, cracking or degrading them. Smaller particles have greater plastic stability, meaning that they are more able to retain their structure even when undergoing deformation. This means that the smaller, more plastic magnesium nanoparticles can retain their structure longer and continue to hold hydrogen cycle after cycle. 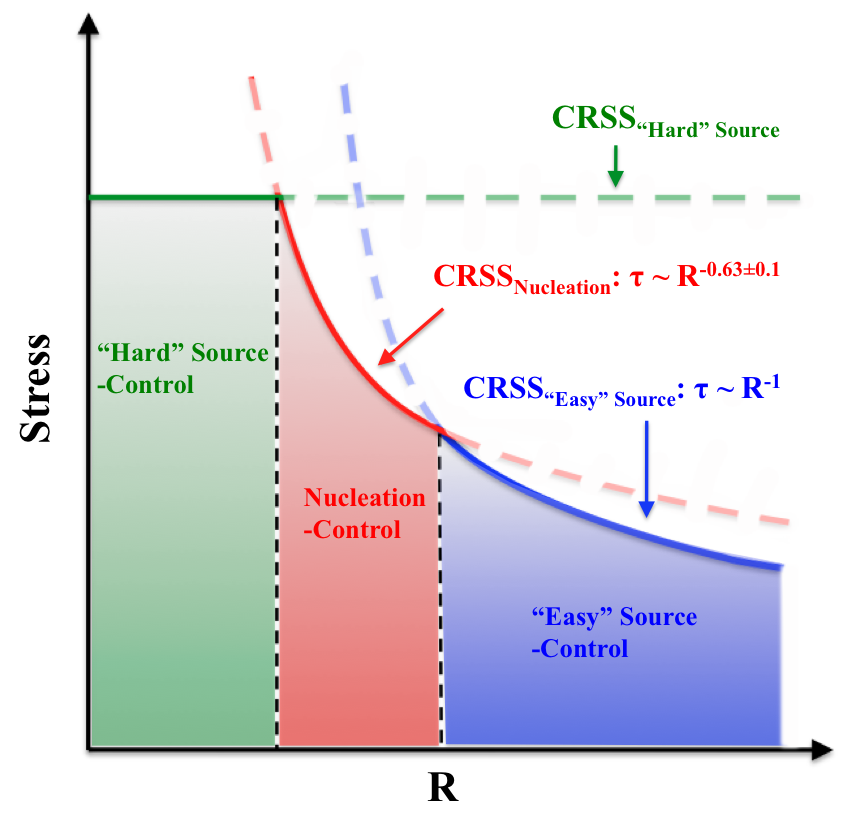 But it turns out that in addition to greater plastic stability, the smaller particles also have less “deformation anisotropy” — a measure of how the magnesium nanoparticles all tend to respond, uniformly or not, across the entire tank. Deformation anisotropy is strongly reduced at nanoscales, Yu said, and because of this, smaller magnesium nanoparticles have more homogeneous dislocation activity inside, which offer more homogenously distributed diffusion path for hydrogen.

This suggests a path forward for making better hydrogen storage tanks, Yu said, by engineering them specifically to take advantage of greater homogeneous dislocation. Next they plan to do similar studies on hydrogen storage materials as they undergo fuel cycling, absorbing and desorbing hydrogen in the process.