WASHINGTON, D.C., June 20, 2017 — In the last decades, mobile phones and other wireless devices have become central features of life around the globe. These devices radiate varied amounts of electromagnetic energy and thus project electric fields into the surrounding space. It is crucial to the design and deployment of these devices that they have accurate and traceable measurements for electric fields and radiated power. Until recently, however, it was not possible to build self-calibrating probes that could generate independent and absolute measurements of these electric field values.

“Existing electric field probes rely on a calibration process that poses something of a chicken-and-egg dilemma,” said Christopher L. Holloway, a scientist at the National Institute of Standards and Technology. “To calibrate a probe, we have to use a known field. But to have a known field, we must use a calibrated probe.”

To address this problem, Holloway and his colleagues have developed a new method to measure electric fields and a new probe to carry out such measurements. They share their work this week in the Journal of Applied Physics, from AIP Publishing. 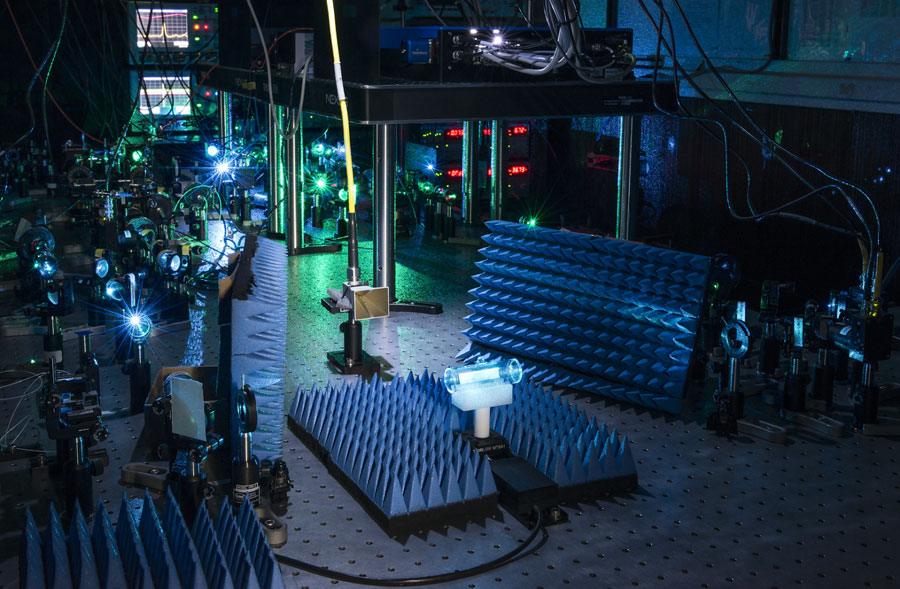 “The foundation for our methodology is a well-studied technique called ‘Electromagnetically Induced Transparency’ (EIT). EIT involves a medium that normally absorbs light, and uses a system of two lasers tuned to the transition between states of the atoms in the medium to make the medium transparent,” Holloway said.

“One of our key innovations involves exciting alkali atoms in a medium to a Rydberg, or high-energy, state. Under those circumstances, a radio frequency electric field can be used to excite the atoms to the next atomic transition state, causing the EIT signal to split into two,” said Holloway. “The splitting of the EIT signal spectrum is easily measured and is directly proportional to the applied radio frequency electric field amplitude.”

The net result is that the strength of an electric field can be calculated by measuring frequency with a high degree of accuracy and by using Planck’s constant, which will soon be recognized as a defined unit by the International System of Units (SI). As a corollary, this measurement technique has a direct SI traceability path, an important feature for international metrology organizations. It would also be considered self-calibrating because it is based on atomic resonances.

Beyond these methodological improvements, the new technique promises to dramatically expand the scope of electric fields that can be measured.

“Currently, there is no way to perform calibrated measurements of electric fields with frequencies that exceed 110 GHz,” Holloway said. “This new technique solves this problem and may allow for the calibrated measurement of electric fields with frequencies as large as one terahertz. This expanded bandwidth will be relevant for future generations of wireless mobile telecommunication systems.”

“Another important benefit is that it allows for very small spatial resolution when imaging microwaves. In principle, it should allow for imaging of microwave field distributions with a resolution on the order of optical wavelengths, many orders of magnitude smaller than microwave wavelengths. This could be particularly helpful for the measurement of electric fields in biomedical realms,” Holloway said.

Holloway and his colleagues have designed a probe consisting of a fiber-coupled vapor cell that can be used to measure electric fields with this new technique. Going forward, they intend to work with other collaborators on miniaturizing the technology. 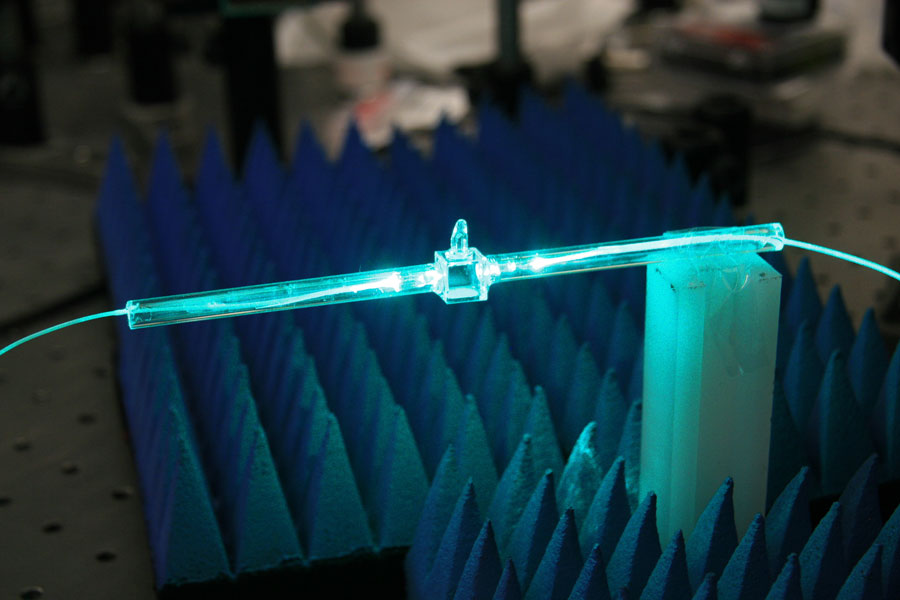 National Institute of Standards and Technology, Rydberg Technologies and the University of Michigan