Ultrathin layers of metal oxides can change the way quantum dots behave, in some cases turning them into more efficient light emitters

WASHINGTON, D.C., September 16, 2014 – Researchers from the University of Alabama in Huntsville and the University of Oklahoma have found a new way to control the properties of quantum dots, those tiny chunks of semiconductor material that glow different colors depending on their size. Quantum dots, which are so small they start to exhibit atom-like quantum properties, have a wide range of potential applications, from sensors, light-emitting diodes, and solar cells, to fluorescent tags for biomedical imaging and qubits in quantum computing.

A key property of quantum dots that makes them so useful is their fluorescence. Scientists can “tune” quantum dots to emit a specific color of light by adjusting their size — small dots glow blue and large dots glow red. However, the dots’ ability to glow can change over time with exposure to light and air.

Seyed Sadeghi, a physicist at the University of Alabama in Huntsville, wondered if it would be possible to better control how quantum dots react to their environment. His team had previously found that placing quantum dots of a certain type on nanometer-thin layers of chromium and aluminum oxides significantly altered the dots’ behavior: the aluminum oxide increased their emission efficiency, while the chromium oxide increased the dots’ degradation rate when exposed to air. The researchers decided to extend their investigations to quantum dots with different structures.

Quantum dots come in a variety of shapes, sizes, and materials. For Sadeghi and his colleagues’ most recent studies, published in the Journal of Applied Physics, from AIP Publishing, the researchers probed the behavior of four different types of commercially available quantum dots. Some of the quantum dots had protective shells, while others did not. Additionally, some of the dots had cores made of binary materials (two types of semiconductors), while others had ternary material cores (three types of semiconductors). All of the quantum dots had been manufactured by chemical synthesis. 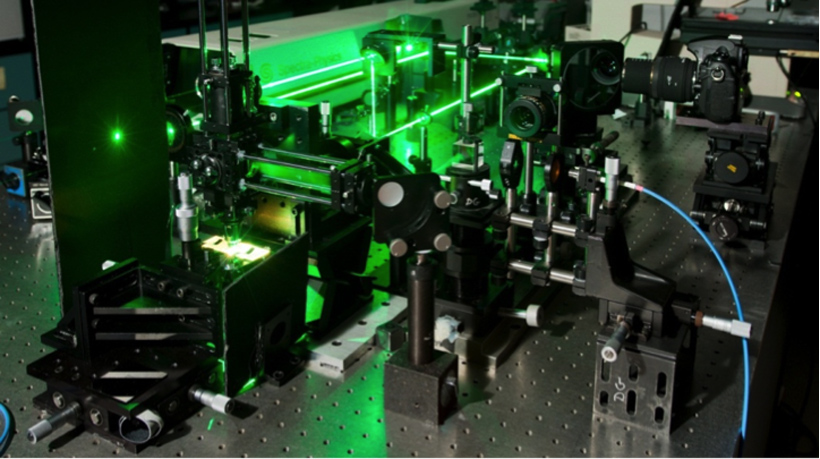 The researchers found that ultrathin aluminum oxide could make quantum dots glow brighter and that the effect was much more significant for quantum dots without protective shells. They also found that while quantum dots with both binary and ternary cores shrink after reacting with the oxygen in air, ternary core dots placed on aluminum oxide glowed brighter despite the shrinkage. This observation surprised the researchers, Sadeghi said, and while they don’t yet have an explanation for the difference, they are continuing to study it.

“The results of these studies can serve to enhance emission efficiency of quantum dots, which is an important feature for many applications such as light emitting devices, sensors, detectors, photovoltaic devices, and the investigation of a wide range of quantum and nano-scale physical phenomena,” Sadeghi said. Quantum dots have already helped increase the efficiencies of many optical devices, he noted, and the further development and application of quantum dots’ unique properties, including in the fields of biological imaging and medicine, continues to be a prime focus of scientific study. As a next step in their own research, Sadeghi and his colleagues plan to investigate how metal oxides might affect the behavior of quantum dots when they are close to metallic nanoparticles.