Wisconsin researchers have developed a new biodegradable silicon transistor based on a material derived from wood, opening the door for green, flexible, low-cost portable electronics in future 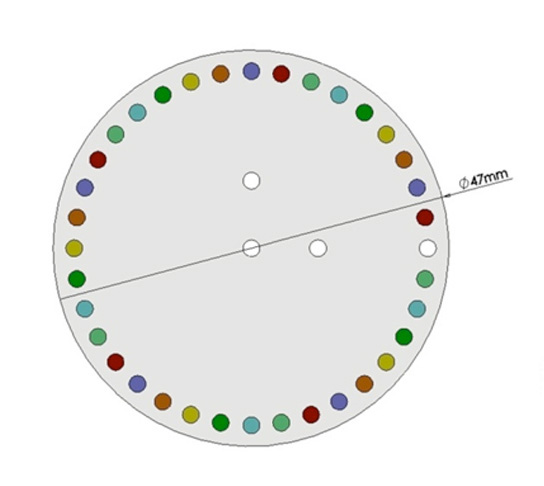 Washington, D.C., June 30, 2015 — Portable electronics users tend to upgrade their devices frequently as new technologies offering more functionality and more convenience become available. A report published by the U.S. Environmental Protection Agency in 2012 showed that about 152 million mobile devices are discarded every year, of which only 10 percent is recycled — a legacy of waste that consumes a tremendous amount of natural resources and produces a lot of trash made from expensive and non-biodegradable materials like highly purified silicon.

Now researchers from the University of Wisconsin-Madison have come up with a new solution to alleviate the environmental burden of discarded electronics. They have demonstrated the feasibility of making microwave biodegradable thin-film transistors from a transparent, flexible biodegradable substrate made from inexpensive wood, called cellulose nanofibrillated fiber (CNF). This work opens the door for green, low-cost, portable electronic devices in future.

In a paper published this week in the Applied Physics Letters from AIP Publishing, the researchers describe the biodegradable device.

“We found that cellulose nanofibrillated fiber based transistors exhibit superior performance as that of conventional silicon-based transistors,” said Zhenqiang Ma, the team leader and a professor of electrical and computer engineering at the UW-Madison. “And the bio-based transistors are so safe that you can put them in the forest, and fungus will quickly degrade them. They become as safe as fertilizer.”

Nowadays, the majority of portable electronics are built on non-renewable, non-biodegradable materials such as silicon wafers, which are highly purified, expensive and rigid substrates, but cellulose nanofibrillated fiber films have the potential to replace silicon wafers as electronic substrates in environmental friendly, low-cost, portable gadgets or devices of the future.

Cellulose nanofibrillated fiber is a sustainable, strong, transparent nanomaterial made from wood. Compared to other polymers like plastics, the wood nanomaterial is biocompatible and has relatively low thermal expansion coefficient, which means the material won’t change shape as the temperature changes. All these superior properties make cellulose nanofibril an outstanding candidate for making portable green electronics.

To create high-performance devices, Ma’s team employed silicon nanomembranes as the active material in the transistor — pieces of ultra-thin films (thinner than a human hair) peeled from the bulk crystal and then transferred and glued onto the cellulose nanofibrill substrate to create a flexible, biodegradable and transparent silicon transistor.To create high-performance devices, Ma’s team employed

But to make portable electronics, the biodegradable transistor needed to be able to operate at microwave frequencies, which is the working range of most wireless devices. The researchers thus conducted a series of experiments such as measuring the current-voltage characteristics to study the device’s functional performance, which finally showed the biodegradable transistor has superior microwave-frequency operation capabilities comparable to existing semiconductor transistors.

“Biodegradable electronics provide a new solution for environmental problems brought by consumers’ pursuit of quickly upgraded portable devices,” said Ma. “It can be anticipated that future electronic chips and portable devices will be much greener and cheaper than that of today.”

Next, Ma and colleagues plan to develop more complicated circuit system based on the biodegradable transistors.