A group of CNRS researchers in France has developed a very thin panel that can completely absorb very-low-frequency sound for nearly every angle of incidence.

This challenge inspired a group of researchers at the French National Center for Scientific Research (CNRS) in Le Mans, France, to design subwavelength absorbers specifically for low-frequency sound waves.

As the group reports this week in Applied Physics Letters, from AIP Publishing, recent physical advances showed that the speed of sound can be strongly reduced in a structured medium, while increasing the material’s ability to attenuate or reduce the sound. These findings enabled the group to design subwavelength resonators whose total absorption of the sound energy is controlled through simple geometric parameters.

A quarter-wavelength resonator, as its name suggests, is a tube that is closed at one end that resonates when the wavelength is equal to four times the length of the tube.

In this case, the group manages the reduction of the speed of sound by loading a quarter-wavelength resonator with Helmholtz resonators.

“Our resonator resembles closed flutes with mouthpieces plugged into the holes of the main flute,” Jiménez continued. “A decrease in the speed of sound within the resonator lets it resonate at a lower frequency, while the attenuation of the sound wave increases.”

To some extent, it behaves in a manner “similar to a heater in which the surface is optimized for thermal exchange,” Jiménez said. “These losses are also greatly dependent on the geometry of the loading resonators. The absorption of the whole structure is total — for a thickness that can be 100 times smaller than the incident wavelength.”

The group’s work shows that a very thin structure made of a metamaterial (synthetic, custom-designed material) can completely absorb very low frequency sound for nearly every angle of incidence — and it largely surpasses traditional acoustic treatments. 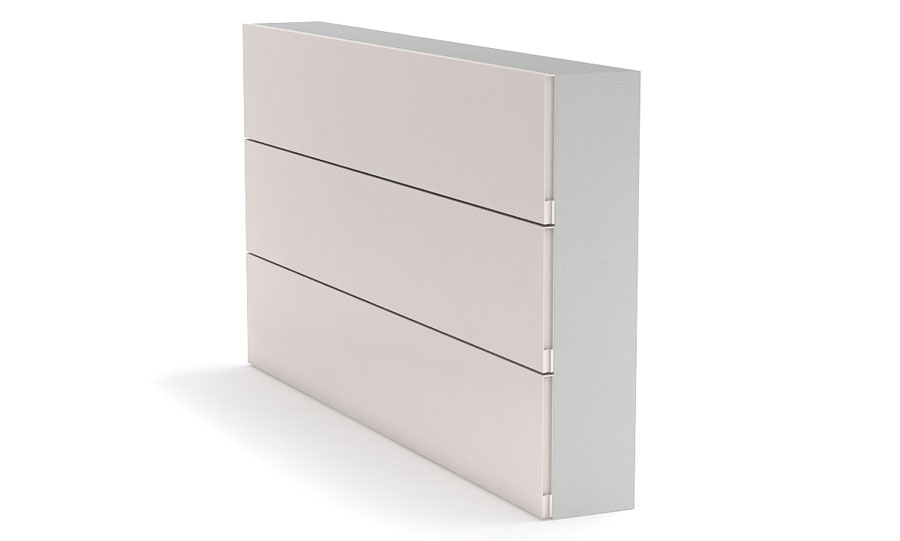 “Thanks to the resonances and the losses being produced within the air itself, we expect these subwavelength structured materials to have longer lifetimes than structures made of other subwavelength resonant structures,” Jiménez said.

In terms of applications, the group’s structure allows a reduction in thickness and weight of acoustic treatments for the absorption of acoustic energy at very low frequencies.

“This is particularly important within the context of highly energy efficient economy in aircrafts, cars, or in buildings and more — generally for reducing carbon dioxide emissions,” Jiménez said.

“Broadband and subwavelength absorbers are promising for soundproofing applications,” Jiménez noted. “But, on the other hand, the panels we’ve developed are only designed to work in reflection…so once the transmission is introduced the problem becomes more challenging.”