WASHINGTON, D.C., August 23, 2016 — Patterns abound in nature, from zebra stripes and leopard spots to honeycombs and bands of clouds. Somehow, these patterns form and organize all by themselves. To better understand how, researchers have now created a new device that may allow scientists to study patterns in 3-D like never before.

The specially designed system, called an H-shaped dielectric barrier discharge system, produces filaments of discharge plasma that can assume a vast range of patterns — in 3-D. By studying and mathematically modeling such patterns, researchers can explore what complex mechanisms may be producing nature’s diverse designs.

“Setting up a dielectric barrier discharge system for 3-D patterns should greatly advance the science of pattern formation,” said Lifang Dong, a professor at Hebei University in China. 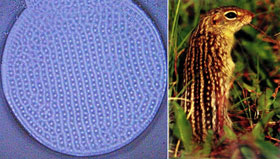 More than 60 years ago, Alan Turing proposed a simple mathematical model called the reaction-diffusion model that corresponds to the change in space and time of the concentration of one or more chemical substances to explain nature’s patterns. The model suggests that as two interacting chemicals spread out, they could arrange themselves as stripes, spots or other designs. Scientists have since used this reaction-diffusion model to explain a number of patterns like leopard spots, the location of feather buds in chicks, hair follicles in mice, and even the ridges on the roof of mouse embryo mouths.

One major limitation, though, is that most of these studies were confined to one- or two-dimensional experiments. At the molecular level, nature’s patterns are three-dimensional.

But it’s not easy to make 3-D patterns, Dong said. The first 3-D experiment didn’t come until 2011, when researchers at Brandeis University used chemical reactions to generate patterns with Turing’s reaction-diffusion model. A dielectric barrier discharge system, however, which Dong and her colleagues describe this week in Physics of Plasmas, from AIP publishing, has several advantages, she said.

Not only can this system produce a wide variety of patterns, the patterns are also clear and easy to visualize. You can probe in great detail how the patterns vary over both space and time. While fluid or chemical-based experiments can take hours or days to make patterns, the dielectric barrier discharge system does it in seconds.

The experimental system produces plasma — electrically charged air and argon gas — that’s discharged through several gaps. Viewed from the side, the gaps form an H-shape. When the researchers change certain properties of the device, such as the voltage, the filaments of discharge plasma form different 3-D structures across the gaps. A high-speed camera can then record the changes of transient shapes with time.

The researchers have already produced several patterns seen in nature by a previous single gas gap dielectric barrier discharge system. For example, they’ve recreated the distinct spot and stripe design of the 13-lined ground squirrel. The physics experiments suggest complex mechanisms may be behind the pattern — and not Turing’s simple reaction-diffusion equations. 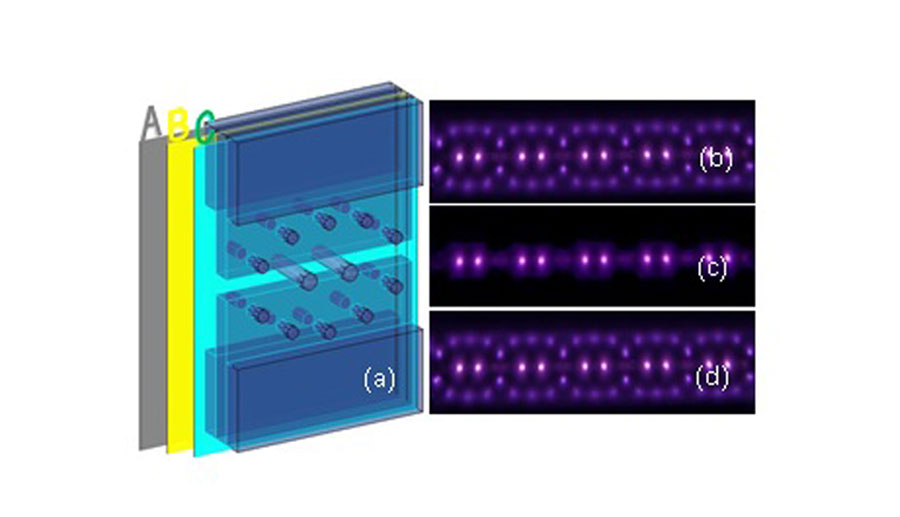 These patterned plasmas aren’t just for biology. They can be used potentially in designing tunable photonic crystal devices, which could be used as components for telecommunication systems such as microwave filters, optical switches and waveguides, Dong said. Photonic crystal devices control and channel light, usually relying on an array of materials with different refractive indexes that help steer the light beam. But by producing patterns of plasma filaments instead — which can be adjusted and modified — researchers can tune the devices to work exactly as needed.