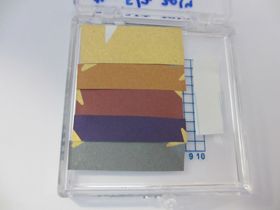 When light passes through oil in water, it becomes iridescent, revealing a myriad of colors that glisten and shift along with your perspective. This behavior, known as thin-film interference, is well-studied and is implemented in creating all manner of optical devices. Recently, the Harvard team demonstrated that this behavior can persist when patterned on extremely rough and flexible surfaces.

“Normally when you think of thin-film interference, you think of smooth substrates,” said Mikhail Kats, a postdoctoral fellow at Harvard University working in the lab of Federico Capasso. He and Capasso describe their work in the journal Applied Physics Letters, from AIP Publishing. “With increasing roughness the effect is expected to fade and you just don’t get this coherent behavior.”

Optically speaking, notebook paper is at the far end of the roughness spectrum, owing to its fibrous composition. However, after the researchers deposited onto paper an initial layer of gold and a subsequent layer of germanium, the paper began to display interference. The optical trickery lies in the influence of the film’s angle of incidence.

Traditionally, thin films needed to be transparent and no thinner than roughly one-quarter of the wavelength of light – 600 nm – to exhibit interference colors. This is due to the phase shifts, or changes in optical path length, which occur as a result of changes in the observer’s angle of incidence. The path length directly corresponds to which colors appear to an observer – tilt your head and they change slightly. At the nanometer scale, however, the amount of phase shift that occurs is greatly diminished due to the significantly smaller thickness of the films, resulting in a decrease in the angle of incidence’s effect. Tilt your head now, and the colors remain unchanged.

“You can use this effect to essentially see atomic monolayers, bilayers or tri-layers with your naked eye,” Kats said.

This would allow for the coloring of metallic objects by use of far less material than with traditional paint – a claim confirmed by the orange, indigo, and violet hues visible from the 7, 10 and 15 nm layered sheets of paper.

“There’s a famous story where, by not painting the space shuttle’s fuel tank, 600 pounds were saved, because that’s how much the paint weighed,” Kats said. “If you wanted to put a logo on something that you’re sending up in space, or you wanted to color it, here you could do it without almost any increase in weight.” 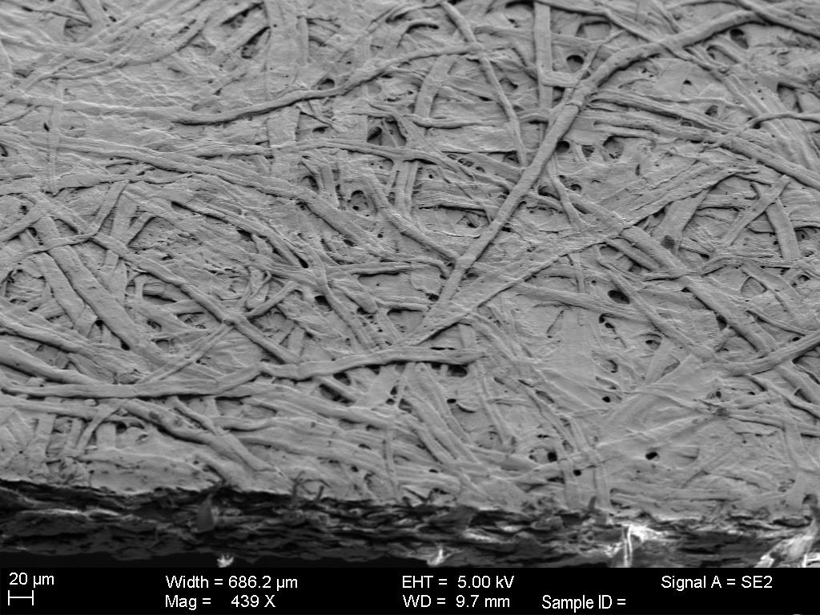 “I don’t think a solar cell made out of these materials is going to break any efficiency records, but we might demonstrate one that uses 1/10th-1/100th of the material of a conventional cell,” Kats said. “And that’s still an interesting parameter to explore when it comes to cost.”

Mikhail A. Kats and Federico Capasso