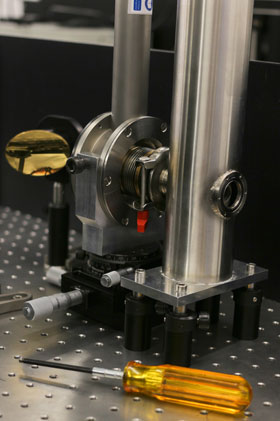 WASHINGTON, D.C., May 24, 2016 — The National High Magnetic Field Laboratory, with facilities in Florida and New Mexico, offers scientists access to enormous machines that create record-setting magnetic fields. The strong magnetic fields help researchers probe the fundamental structure of materials to better understand and manipulate their properties. Yet large-scale facilities like the MagLab are scarce, and scientists must compete with others for valuable time on the machines.

Now researchers from the United Kingdom, in collaboration with industry partners from Germany, have built a tabletop instrument that can perform measurements that were only previously possible at large national magnet labs. The measurements will help in the development of next generation electronic devices employing 2-D materials, said Ben Spencer, a post-doctoral research associate working in Darren Graham’s group at the University of Manchester’s Photon Science Institute, who helped develop the new instrument.

The researchers describe their work in a paper in the journal Applied Physics Letters, from AIP Publishing.

Since the 1950s, experiments conducted with magnetic fields have played a pivotal role in the development of semiconductors devices — like transistors and light-emitting diodes — that have changed the world.

One of the main obstacles to wide-spread use of cyclotron resonance is that some materials require an extremely high magnetic field to get the charged particles to move fast enough to interact with the light.

The new magnet is compact enough for a tabletop machine, yet the magnet can only generate a field in short pulses that each last for a fleeting one-hundredth of a second.

“The challenge in doing cyclotron resonance with these pulsed magnets is being able to record your data within the brief time period that the magnet is on,” Spencer said. “The breakthrough we have made is in the measurement technique.” 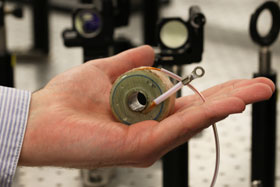 Spencer and his colleagues used an approach called an asynchronous optical sampling technique to increase the number of measurements during one pulse to around 100. Previous experiments with a similar magnet system were limited to four measurements per pulse.

The team worked with researchers from Laser Quantum, a laser manufacturer, to incorporate ultrafast lasers into the new instrument. The “Taccor” lasers they used run at repetition rates of 1 billion cycles per second, more than 10 times higher than the typical repetition rates for ultrafast laser systems, Spencer said. The fast laser allowed data acquisition times on the order of one ten-thousandth of a second, which meant up to a hundred measurements could be taken during the transient magnet pulse.

“It is this leap forward that will now enable routine cyclotron resonance measurements on a tabletop in a laboratory environment,” Spencer said.

The team tested their system by measuring the properties of electrons at the interface of the two semiconductors AlGaN and GaN. Such interfaces could form an important part of new, energy-saving transistors.

“This work is feeding into a programme of work at Cambridge University on developing AlGaN/GaN-based high electron mobility transistors. These promise much lower power consumption than current devices, which will ultimately lead to energy savings in a wide range of consumer electronic devices. We are also starting to investigate a range of other two-dimensional materials using this instrument, including the new wonder 2-D material graphene,” Graham said.

Ultimately, the team hopes their new instrument could facilitate rapid progress in many areas of semiconductor device development. The system can be easily moved to different universities, and it makes it easy to think of a measurement, and simply perform it the next day, without having to apply for time at a national magnet facility, the researchers say.

“We’re sure that when people realise that we can do such measurements in the lab they will be lining up to use our instrument. We’ve already been contacted by several groups interested in having measurements made on their samples,” Graham said. 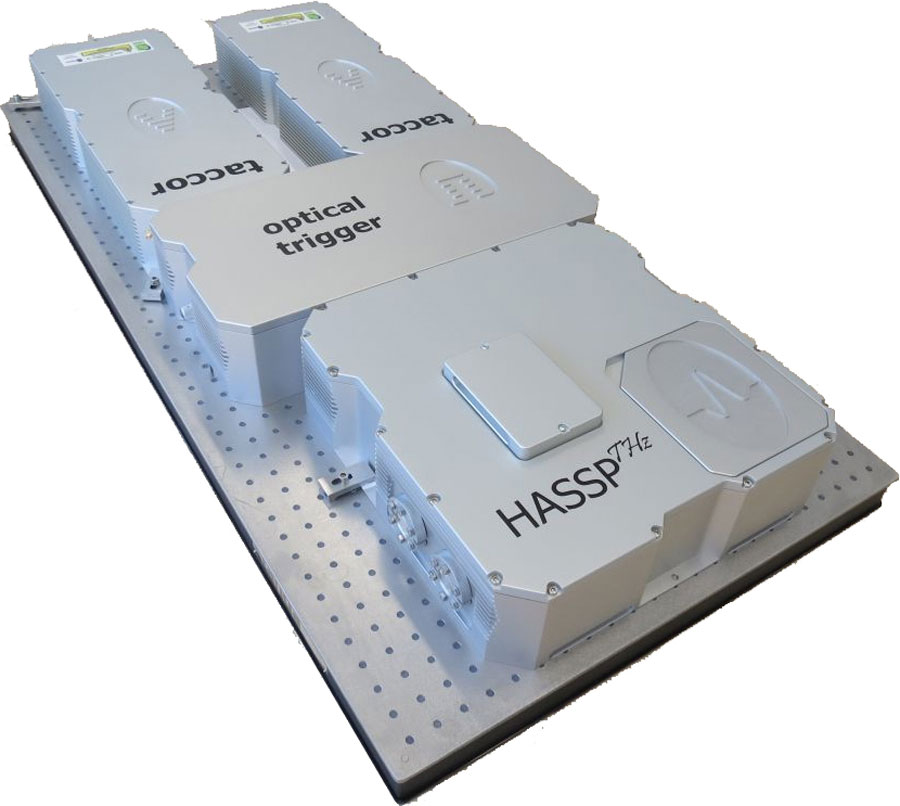 Funding: This work was supported by the United Kingdom’s Engineering and Physical Sciences Research Council.

Terahertz cyclotron resonance spectroscopy of an AlGaN/GaN heterostructure using a high-field pulsed magnet and an ...