WASHINGTON D.C., November 18, 2014 — A research team from Germany developed an analytical model to describe the structural dynamics of photoexcited thin films and verified it by ultrafast X-ray diffraction.

Lattice dynamics, atomic movements in a crystal structure, can influence the physical and chemical properties of a material. The phenomenon can be directly studied using ultrafast X-ray diffraction, in which femtosecond X-ray pulses take snapshots of the atomic positions in a crystal by interacting with the structure at the core electronic level.

However, no comprehensive study has yet been carried out to characterize the photoexcited lattice dynamics of an opaque thin film on a semi-infinite transparent substrate. As a result, ultrafast X-ray diffraction data for such samples can be challenging to interpret.

Now a new study in the journal Structural Dynamics, from AIP Publishing, builds a model to help interpret such data.

To study this common scenario, the researchers excited a thin film of metallic SrRuO3 deposited on a transparent SrTiO3 substrate with femtosecond near infrared laser pulses and subsequently probed the atomic structure with equally short hard X-ray pulses. By comparing the resulting time-resolved diffractograms for different film thicknesses and excitation conditions, they found that the lattice dynamics of the system depended on only four parameters: the thickness of the film, its longitudinal acoustic sound velocity, a scaling factor and a shape factor. 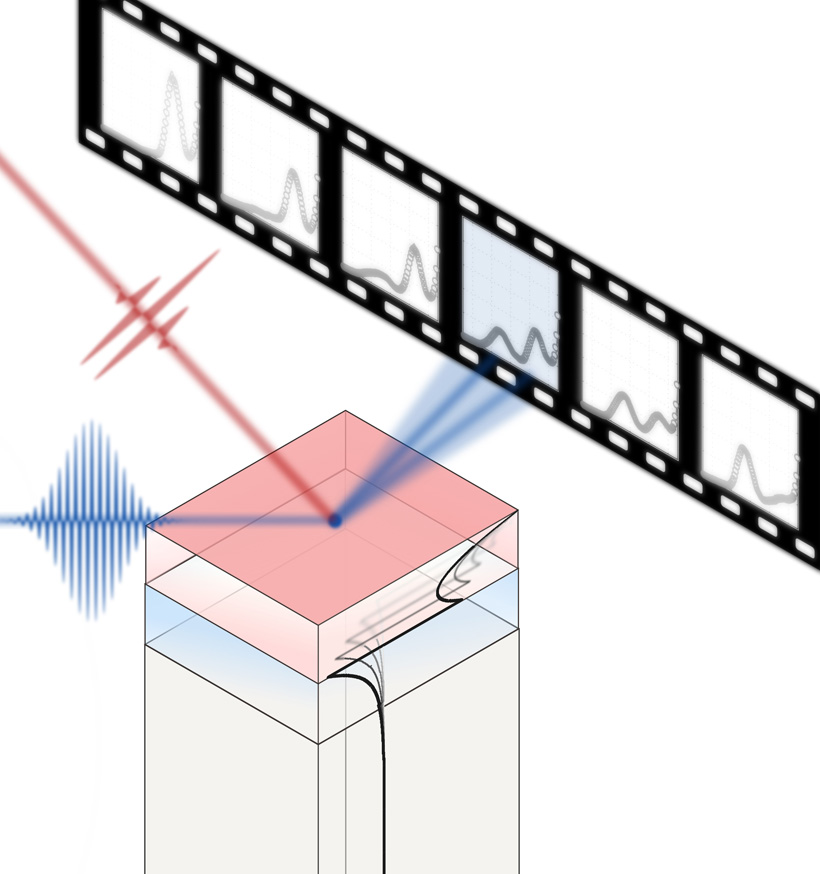 “The coherent lattice dynamics are involved in nearly any ultrafast experiment on laser-excited thin films and their time scale is mainly determined by the film thickness and its longitudinal sound velocity,” said Daniel Schick, a researcher at the University of Potsdam. They then incorporated these factors into an analytical model that can be used to explain the observed variation in the X-ray diffraction of different thin films.

Their model allows them to describe a rather puzzling finding: although a thin film is essentially heated by the laser excitation and should rapidly expand, a significant part of the film is compressed for a short time of only a few picoseconds after the laser pulse hits the sample. In the ultrafast X-ray diffraction this manifests in a transient “splitting” of the thin film’s Bragg peak, which provides direct information on the average atomic distances in the film. This observation can be directly linked to the spatial excitation profile of the thin opaque film, which is, in the simplest case, given by the optical absorption length of the laser light and is included as the shape factor in the analytical model.

After developing their model using this relatively simple model system, the researchers have applied it to study more complex ones, such as with a strong coupling of the lattice to charge or spin degrees of freedom in ferroelectric and magnetic materials.