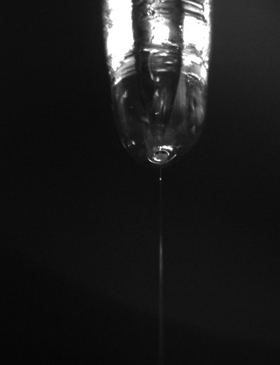 WASHINGTON D.C., October 14, 2014 — For scientists probing the electronic structure of materials using a relatively new technique called resonant inelastic soft X-ray scattering (RIXS) in the last few years, a persistent question has been how to account for “split peak” spectra seen in some hydrogen-bonded materials.

In RIXS, low-energy X-rays from synchrotron or X-ray free-electron laser light sources scatter off molecules within the studied material. If those molecules include light elements, such as the -OH group in alcohols, the complex spectra RIXS produces are difficult to interpret. Controversy has surrounded the split peak structures.

The prevailing interpretation has been that spectra revealed some twin aspect of the materials — a split signal related to two separate structures within the molecules. But now a team of researchers in Germany has performed an investigation of several types of liquid alcohols with RIXS and brought new perspective to this long-lasting debate.

In the journal Structural Dynamics, from AIP Publishing and the American Crystallographic Association (ACA), they show that the split peaks are tied to dynamic motions produced in response to the scattering X-rays themselves — an observation that helps resolve the intricacies of RIXS spectra, extending the utility of the technique for investigating the molecular structure and dynamics of many complex materials.

“We found that the split peak structure in the RIXS spectra of liquid alcohols originates predominantly from nuclear dynamics during the RIXS process,” said Simon Schreck, a researcher with the Institute for Methods and Instrumentation for Synchrotron Radiation Research at the Helmholtz-Zentrum Berlin and with the University of Potsdam in Germany, who led the research as part of his doctoral work under supervision of Professor Alexander Föhlisch.

“We significantly improved the understanding of RIXS spectra from complex liquid systems, alcohols in particular,” said Schreck. In addition, he said, the approach he and his colleagues worked out “can be readily applied to other systems where nuclear dynamics during the RIXS process have a big influence.”

In previous studies of liquid alcohols with RIXS, where the dominant peak was typically split into two sub-peaks, their origins were controversial and either assigned to the presence of two different structural motifs in the liquid — such as rings and chains, ultrafast nuclear dynamics or the molecular electronic structure.

However, by investigating several straight-chain molecules containing an alcohol group, and by shifting the wavelength of the X-rays they used, Schreck and his colleagues solved the mystery. They were able to compare the spectra produced when dynamic nuclear motions during the X-ray scattering process occur (as is typically the case in RIXS) to situations where these dynamics were minimized. This allowed them to produce “dynamic-suppressed spectra,” which approximated the molecule’s unexcited electronic state. 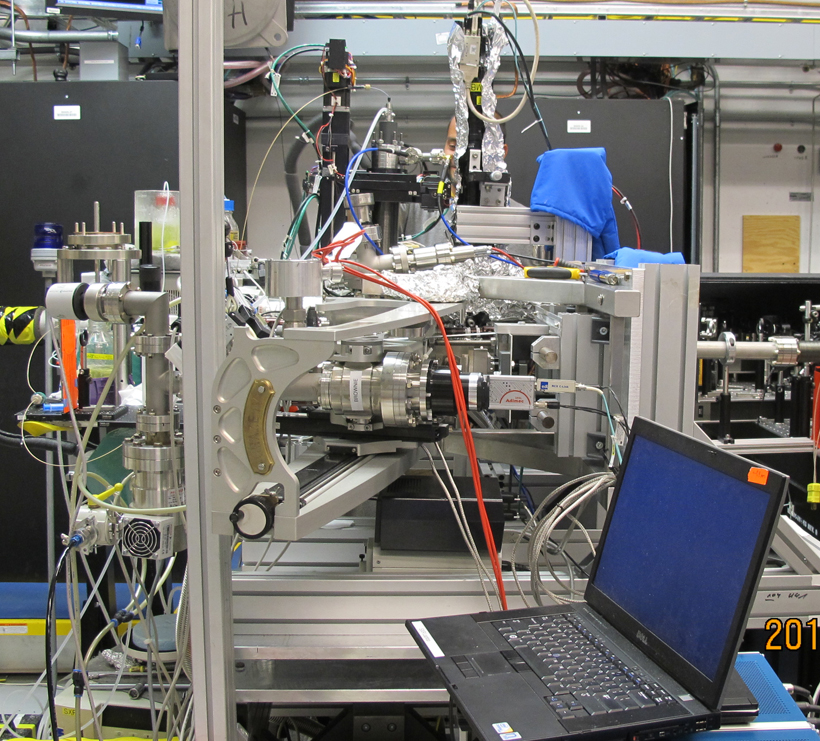 Doing so, they found that the scattering-suppressed spectra did not contain split peaks at all. This suggested that the dual spikes found in normal spectra originates from RIXS-induced nuclear dynamics in the O-H bond instead of from the presence of multiple structural motifs. Distinct structural motifs would leave their own signatures on both spectra.

“We found no evidence that this split peak structure is the signature of two distinct structural motifs (hydrogen bonded rings and chains) in the liquid alcohols, as it has been suggested previously for methanol,” Schreck said.