WASHINGTON, D.C., Dec. 29, 2015 — What can mathematical modeling teach us about the micrometeorology of the southern Amazonian “transitional” forest? Quite a lot, it turns out. This particular forest is located between the rain forest of the Amazon Basin and the tropical Brazilian Savanna, so it plays a crucial role in both regional and global biogeochemical cycling.

Tropical forests and savannas exchange vast amounts of energy and matter with their surroundings and, as such, contribute to the local and global climate. They can accumulate large quantities of carbon, for example, which helps partially offset anthropogenic carbon dioxide (CO2) emissions.

Researchers from the Université libre de Bruxelles (ULB) in Belgium and the Federal University of Mato Grosso (UFMT) in Brazil teamed up to delve into how the transitional forest ensures a connection between the rain forest and the savanna. They report their findings in the journal Chaos, from AIP Publishing.

The transitional forest studied by the researches happens to lie within an “arc of deforestation,” which has experienced very rapid deforestation during the past three decades.

“To predict the effects this type of deforestation has on the relationship between rain forest and the savanna — and on the local and global climate — it’s necessary to understand how the transitional forest evolves in time and reacts to disturbances,” explained Yannick De Decker, associate professor at the Center for Nonlinear Phenomena and Complex Systems, as well as the Nonlinear Physical Chemistry Unit at ULB.

The group’s work is based on micrometeorologically relevant measurements collected during more than five years by UFMT researchers in Sinop, Mato Grosso, Brazil. Special equipment mounted atop a 42-meter-high tower was used to record air temperature and solar radiation measurements, as well as concentrations of CO2 and water vapor, etc. 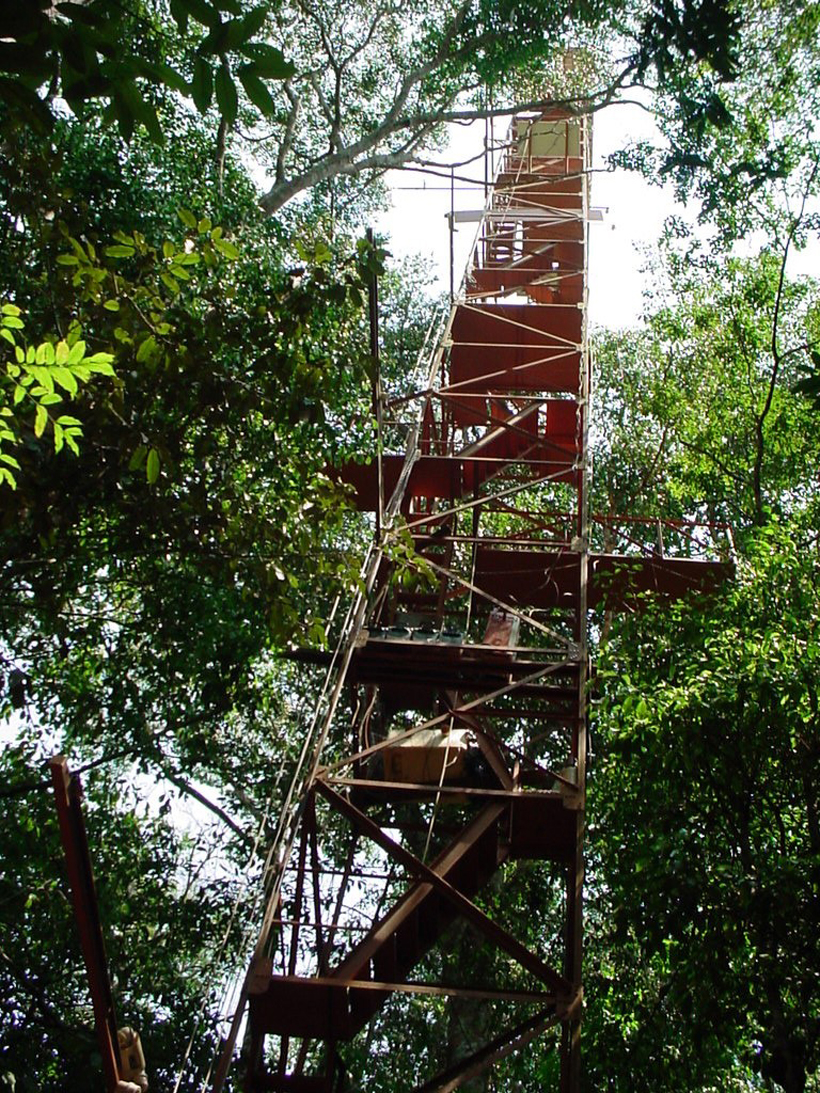 As you can imagine, a vast amount of data was collected, so the group used a mathematical approach to single out which measurements contribute the most to micrometeorology variability. “In our case, records of air temperature contained most of the information,” said De Decker. “So we decided to focus on the dynamics of air temperature.”

To do this, they applied further data treatment procedures known as “nonlinear time-series analyses” to the temperature measurements. “It allows us to determine how a given dynamic stands with respect to the different known classes of dynamical systems,” he added. “It’s also possible to determine how many variables we should include in a mathematical model whose aim is to reproduce the observations and to predict the evolution of the system at hand.”

So, what did the group’s analysis reveal? The dynamics of the transitional forest “are characterized by robust, regular oscillations that belong to the dynamical class of ‘limit cycles.’ These oscillations can be reproduced via mathematical models using only three variables,” De Decker said.

A potentially complicating features is that different atmospheric measurements show “irregular, almost unpredictable behaviors, especially during the wet seasons,” explained De Decker. “Our analysis suggests that these irregularities aren’t so important for the dynamics of the system. It seems that the different disturbances lead mainly to a small amplitude noise that blurs the underlying periodic signal.”

Some disturbances, however, are notably different. “Sometimes the measurement shows sudden breaks whose origin has nothing to do with meteorology,” he added. “Battery failure or lightning hitting the tower can cause such breaks. But some interruptions can be traced directly to the interference of ‘wild locals’ such as birds or monkeys.” So the group is trying to figure out how to roll animal interference into their mathematical model.

In terms of applications for the group’s work, the micrometeorology of the transitional forest can be modeled via a three-variable mathematical approach — possibly including noise. “Our study also suggests air temperature is potentially the most important variable,” noted De Decker.

The researchers believe that relatively simple models can be derived to reproduce the main features of their observations. “Simple models are extremely useful, because analyses and understanding the causes and effects involved is much easier when systems contain few variables,” De Decker added. “We believe that our results are a very positive step toward the goal of a simple, intuitive understanding of what’s driving the dynamical response of the transitional forest.”

To develop a simple mathematical model along these lines, “the interaction between micrometeorological features and vegetation should be included,” De Decker pointed out. “The implementation of these interactions could pave the way to an assessment of the role played by rapid land cover changes — such as deforestation.”

The group is already pursuing this type of simple biometeorological model. “Our main challenge is to understand and include the mechanisms by which vegetation and atmospheric variables are coupled,” said De Decker. “We believe that evapotranspiration is the key in this context, but our intuition needs to be confirmed by comparing the output of our model with real-life data.”

Reconstructing the micrometeorological dynamics of the southern Amazonian transitional forest