WASHINGTON, D.C., April 19, 2016 – Despite their hefty price tag, smartphones have an average consumer lifetime of about three years. The lithium ion batteries that power them, however, can last for about five years — meaning that just about every discarded smartphone generates e-waste and squanders the battery’s twilight years. To cut down on the environmental waste and provide storage for rural communities, researchers at Kyung Hee University in Seoul have proposed a model for recycling unspent lithium ion batteries into energy storage units for solar-powered LED lamps.

Boucar Diouf, a professor in the Department of Information Display at Kyung Hee University in Seoul, describes the logistics of his recycling and repurposing program this week in the Journal of Renewable and Sustainable Energy, from AIP Publishing.

The proposed program consists of five general steps — battery collection, testing and selection, system manufacturing, commercialization, and installation. Each of these steps would provide opportunities for job creation, Diouf said.

The candle and kerosene lamps used to light the homes within many rural communities are harmful, inefficient and more expensive than a small solar home lighting system, provided the right approach is taken, explained Diouf. “Using the battery of mobile phones in small solar home systems becomes obvious in order to make access to electricity easier to those who live without.”

Batteries are one of the more expensive components of a solar home system and contribute significantly to the cost barrier of decent lighting systems in rural communities. Old car batteries, which are lead-acid based, are commonly used storage units in improvised systems, but don’t have a very good lifespan.

A standard lithium ion phone battery of 1000 milliamp-hour capacitycan power a one-watt LED lamp for about three hours, or a 0.5-watt lamp — bright enough for reading and writing — for about six hours. When wired to a small solar panel, this maintenance-free system can last for approximately three years.

The researchers also constructed a full 12-volt system made of three mobile phone batteries of 3100 millliamp-hour capacity each, with a 5-watt LED lamp and a small solar panel, for less than $25. These systems have the capability to light up a room for about five hours each day, and can last for approximately three years without any maintenance. 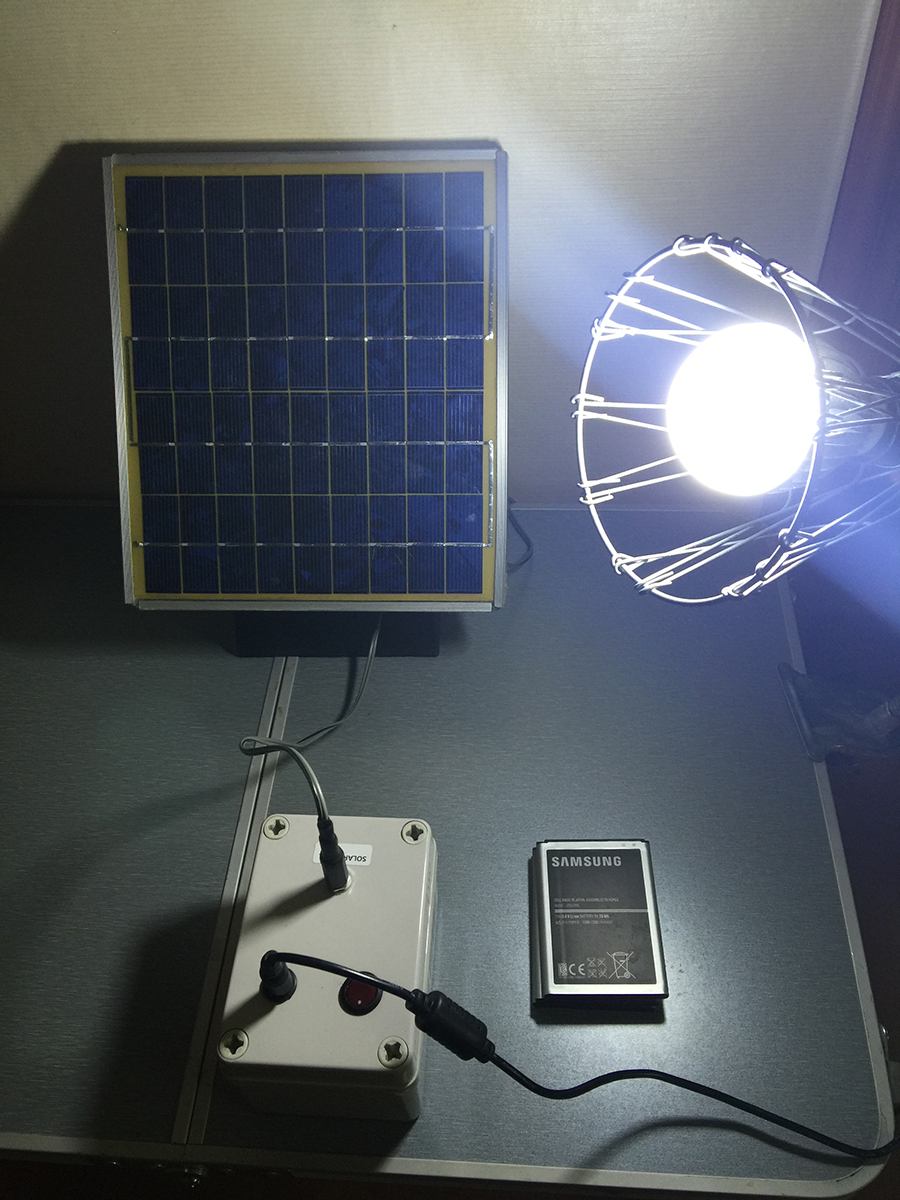 Future work for Diouf and his colleagues in the field involves setting up battery collection and e-waste recycling systems, as well as contributing to reducing the cost of solar systems for rural populations of developing countries. He plans to start pilot projects in Senegal and sub-Saharan African countries within the next year.