Researchers Study the Properties of a Novel Material, Described in the Journal "AIP Advances," that Could Help Build High Heat-Tolerant Supercapacitors

WASHINGTON D.C. Jan. 17, 2014 — The capacitors of electronic circuits function something like batteries – storing electrical charge that can be quickly dumped to power devices like camera flashes. So-called “supercapacitors” take the energy-storing abilities of capacitors a step further, storing a far greater charge in a much smaller package.

In a paper published in the journal AIP Advances researchers describe the possibility of fabricating a new class of high heat-tolerant electronics that would employ supercapacitors made from a material called calcium-copper-titanate, or CCTO, which the researchers have identified for the first time as a practical energy-storage material. 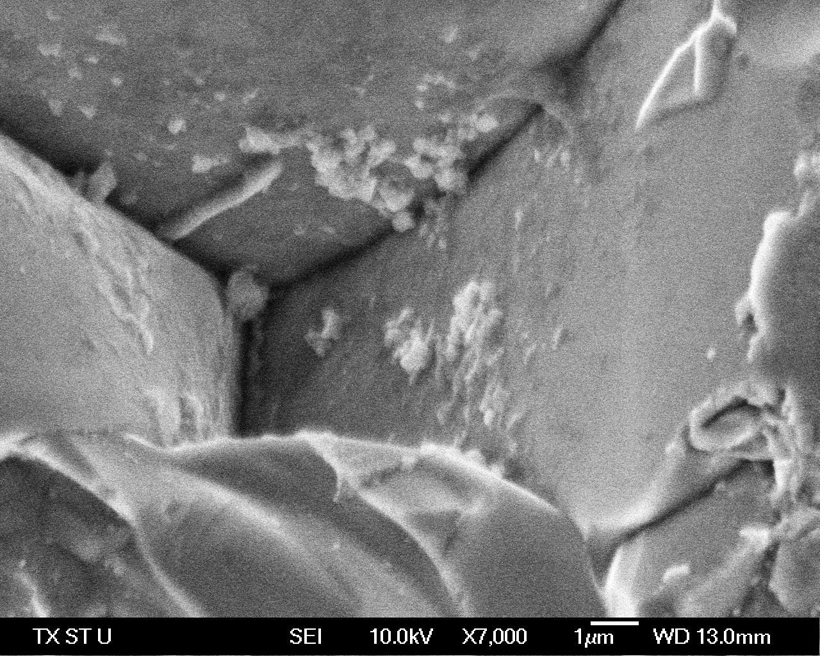 Devices using CCTO supercapacitors could compete with similar devices currently in use and could operate at much higher temperatures than standard silicon circuits, “more like the temperature in an engine,” says William Stapleton, an assistant professor of electrical engineering at Texas State University (TSU) in San Marcos, Texas. CCTO had been identified as a promising supercapacitor material before, but its development for practical applications faced unexpected hurdles.

The lead author Raghvendra Pandey, Ingram Professor of electrical engineering at Texas State University, San Marcos, TX along with Stapleton and other collaborators, showed that in CCTO two properties of fundamental importance for the efficiency of a capacitor device are tightly linked. The first property, called permittivity, is the physical property of the capacitor material that allows it to store energy– with higher permittivity values representing a better capacitor.

The second property, called loss tangent “has to do with how efficiently energy can be moved into and out of the capacitor, that is, how much is lost in the process to inefficiency,” Stapleton said.

“When the loss tangent is high,” explain Pandey, “the capacitor is ‘leaky’ and it cannot hold a stored charge for more than a few seconds.”

Researchers found that permittivity and loss tangent increased or decreased in tandem in CCTO. Efforts to simultaneously retain the high permittivity while minimizing the loss tangent might not succeed unless a new approach is taken for processing the material. While the work could help explain why researchers have had trouble producing ideal CCTO material in the past, Pandey and his research team have demonstrated that CCTO supercapacitors should be capable of achieving high permittivity while maintaining low loss tangent, which would make them suitable for storing energy at the desired levels for many industrial applications.

“Efficient, high-speed, high-density energy storage is important to many fields, and supercapacitors offer this,” Stapleton said. “Fields such as ‘green’ energy and electric vehicles could benefit immediately from the use of these materials.”

Applications of CCTO supercapacitor in energy storage and electronics