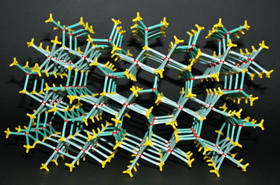 WASHINGTON, D.C. Sept. 20, 2013 — Researchers in Japan have developed a new photodiode that can detect in just milliseconds a certain type of high-energy ultraviolet light, called UVC, which is powerful enough to break the bonds of DNA and harm living creatures. The researchers describe their new device in the journal Applied Physics Letters.

Now, Shinji Nakagomi and colleagues at Ishinomaki Senshu University in Japan have built a new kind of photodiode that can detect the whole range of UVC light while remaining insensitive to visible light from the sun — two features that have eluded designers of current devices. By being “solar blind,” photodiodes are more sensitive to the UVC range and are thus more useful.

Some photo detectors consist of vacuum tubes on sale, but they have short lifetimes and are relatively large and unwieldy. Today, many photodiodes are instead based on a so-called p-n junction, in which a semiconductor that carries positive charge (the absence of electrons called holes) is put in contact with the same semiconductor that instead carries negative charge (electrons). When light with sufficient energy (short wavelength) strikes atoms near the interface between the two semiconductors — called p-type and n-type, respectively — it generates mobile electrons and holes, boosting electrical current across the p-n junction and signaling the presence of light. 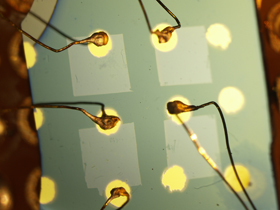 Other photodiodes made from materials like aluminum nitride and diamond are sensitive only to a limited range of UVC light. But recently, gallium oxide has shown promise because it’s sensitive to the entire UVC range and is solar blind. The problem, however, is that it’s difficult to make p-type gallium oxide.

Instead of a photodiode based on a conventional p-n junction, the researchers built one based on what’s called a heterojunction, which is a p-n junction that incorporates two different semiconductors. The team used gallium oxide and silicon carbide, and found that their device responds quickly to UV light — within milliseconds — and has little dark current, which is the intrinsic electrical current that flows through the device even in the absence of light. Minimal dark current is important for a sensitive photodiode.